The new Gruuthusemuseum in a nutshell 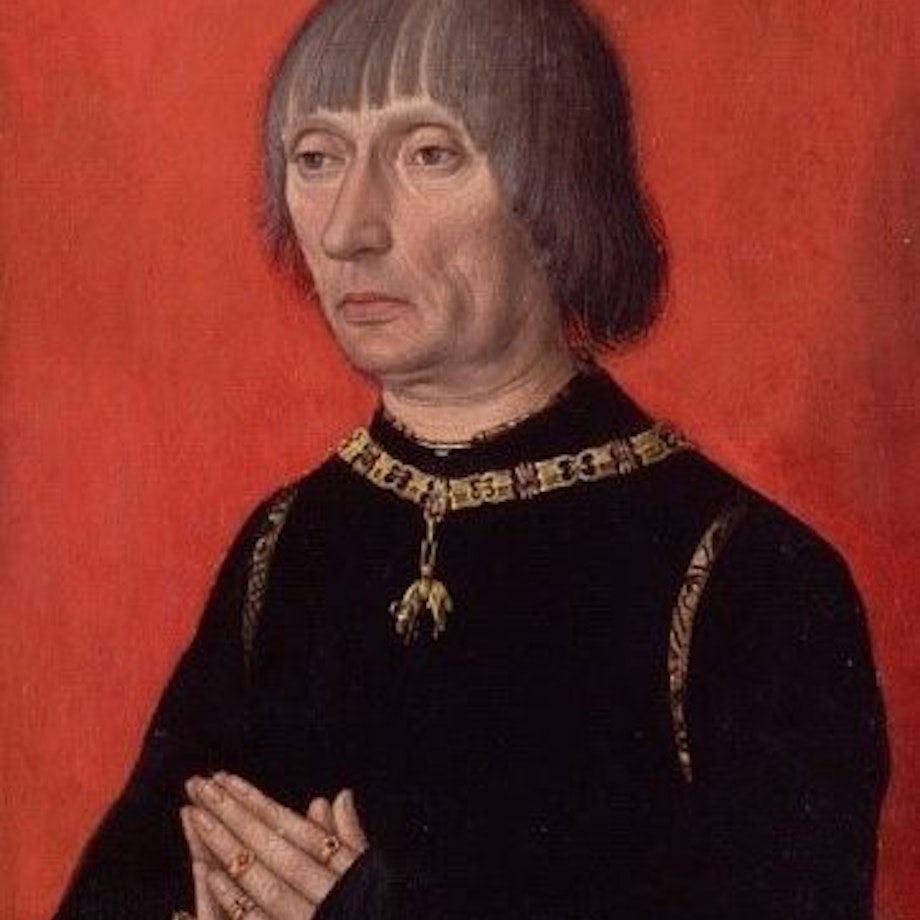 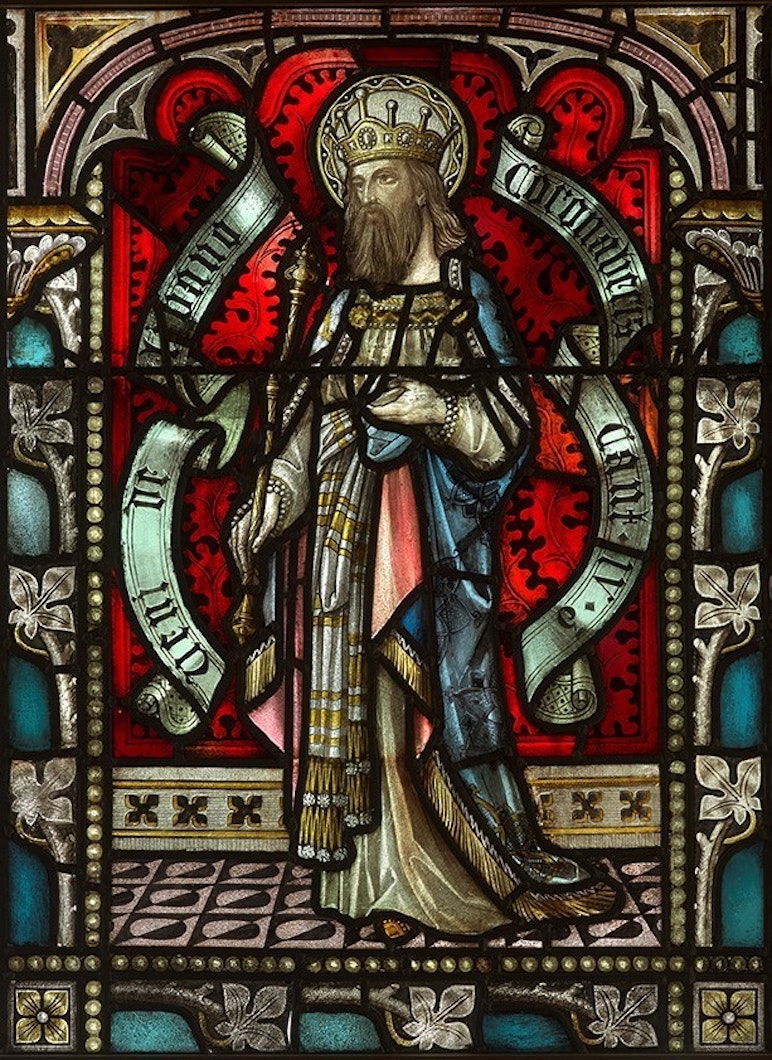 Bruges was a hub of international trade in the Middle Ages. It was the ideal breeding ground for craft workers and artists. They had the opportunity to strive for refinement and perfection at the request of the Burgundian court and its many networks. This is also reflected in the collection presentation. There are lots of large items to admire e.g. the sculpture of Philip the Handsome as St George, stained glass windows from the Stadhuis (City Hall) and the guild chapel of painters and glaziers, tapestries, paintings, and furniture. However, there are also some small and refined jewels, medieval toys, or ivory hairpins which the rich culture of that period shows. 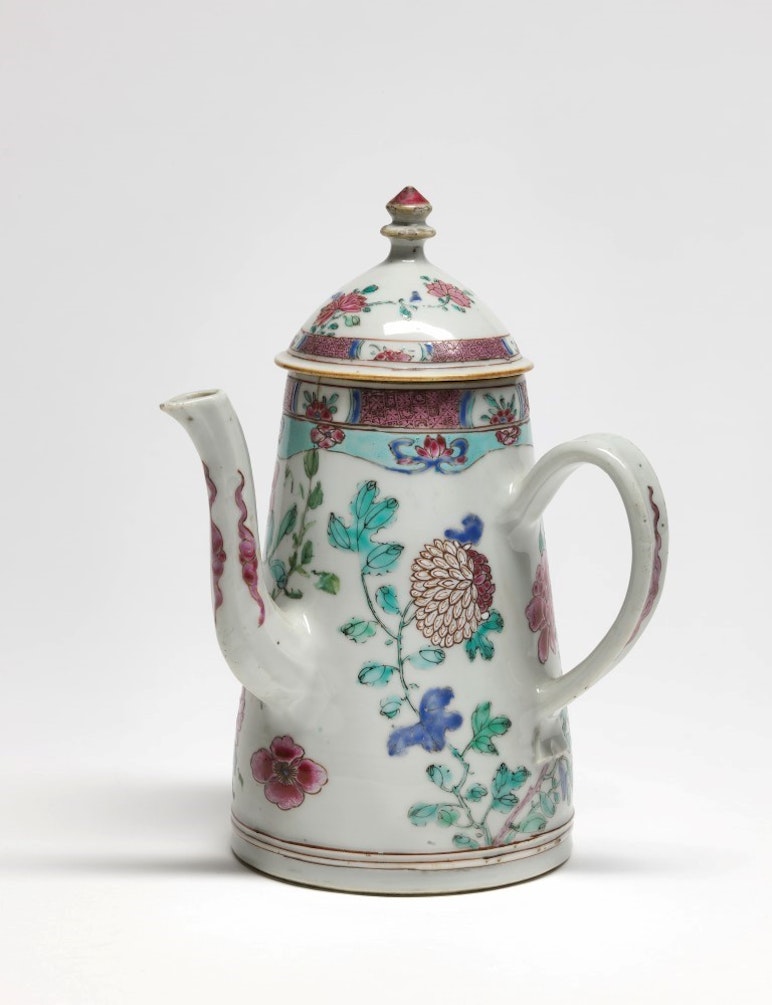 Bruges was a metropolis in the Middle Ages, but even around the 17th and 18th centuries production and the aspiration for refined products was still in full swing. The discovery of the new world brought new exotic products onto the market, such as chocolate, coffee, and tobacco. Those items made new sets of tableware, porcelain cups, and silver pots necessary. Another major client in the period of the Counter Reformation was the Roman Catholic Church. In its struggle against Protestantism, the Roman Catholic Church also aimed to underline its material power. That desire yielded the luxurious baroque style: richly ornate wood carving, such as cabinets and altar rails, but also richly ornate silver chalices. 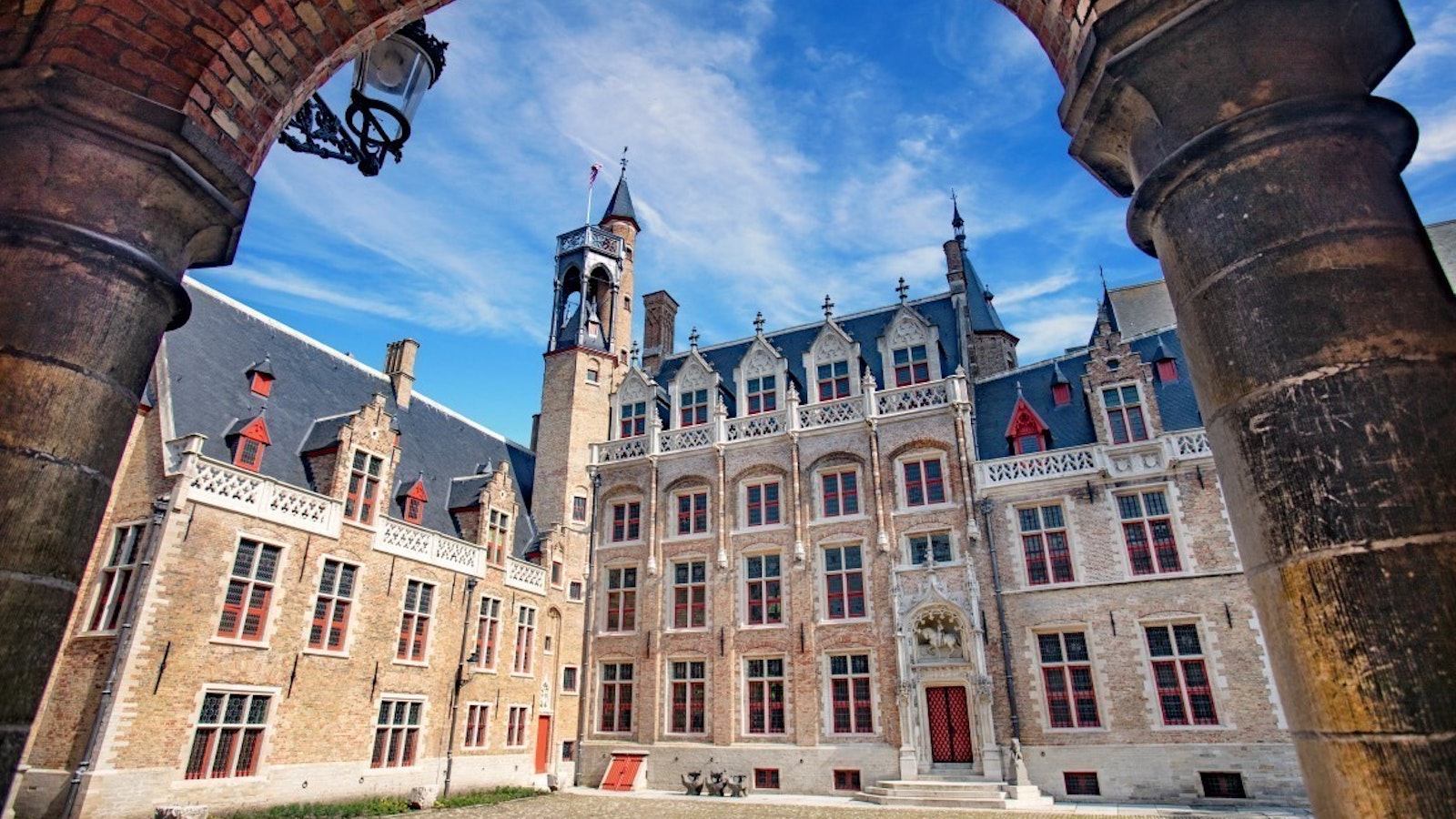 At the end of the 19th century, the high-quality expertise of the Middle Ages proved to be a source of inspiration for the neo-Gothic movement. The production of art and culture from those days was seen as a great example. The then ‘Société Archéologique de Bruges’ (Bruges Archaeology Society) laid the foundation for the Gruuthusemuseum as we know it today. The members encouraged the city council to buy the Gruuthuse palace so that they could accommodate their museum there. Since it was in a poor state, architect Louis Delacenserie was assigned to restore the building. He did that thoroughly according to neo-Gothic principles. Modern restoration work also takes account of the work of Delacenserie. 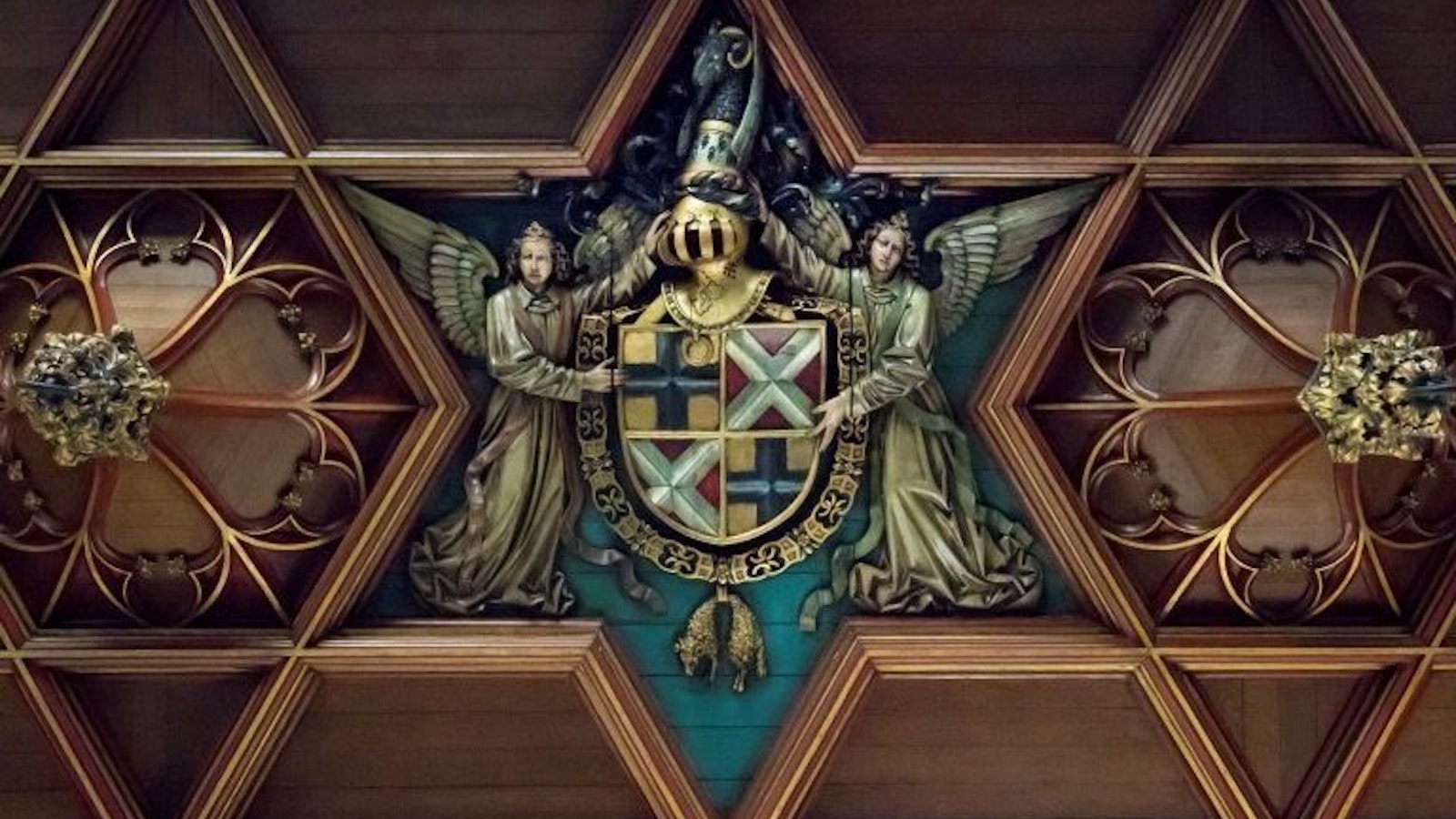 The majestic entrance to the renovated city palace immediately sets the scene for a visit to the new Gruuthusemuseum. Warm and rich neo-Gothic colours, a sculptured 19th century ceiling, and the impressive tapestry The Seven Liberal Arts, a masterpiece in the valuable collection of tapestries, welcome you and direct you to the first hall.

In the first hall the museum introduces you to the palace architecture. A subtly designed museum table is in the centre, a design which recurs in subsequent halls to match the character of the city palace living quarters.

An impressive model of the palace and surrounds and the accompanying animation focus on two other key points within the new approach. First and foremost, there is attention to the tactile, with well-considered ‘touch stations’ for visitors with a visual disability and also the appropriate integration of multimedia which enrich the basic narrative.

The many spiral staircases, the chain of intensely decorated and sober rooms, and large and small rooms make the museum route an exciting expedition. You walk in the footsteps of the many previous occupants and users of the historic house, and that triggers your imagination and gives you direct access to the past.

The attic became Studio+
Studio+ is not a classic museum hall. You recline in the comfortable seats or enjoy the beautiful view of the city. The library invites you to browse in books about the city’s history, series with Bruges as protagonist, or tourist guides which stimulate you to explore the city even more today. Studio + is the place to relax for a while or talk to other visitors.

It is also the room with the museum’s participation programmes. It is the link with the city today. For the first programme Musea Brugge invites a group of young people to look with their own eyes at the heritage of this place together with four artists. How do they give the collection significance? The project is called ‘Paleisje Pimpen’. This is where you can admire the result of the young people’s creativity. 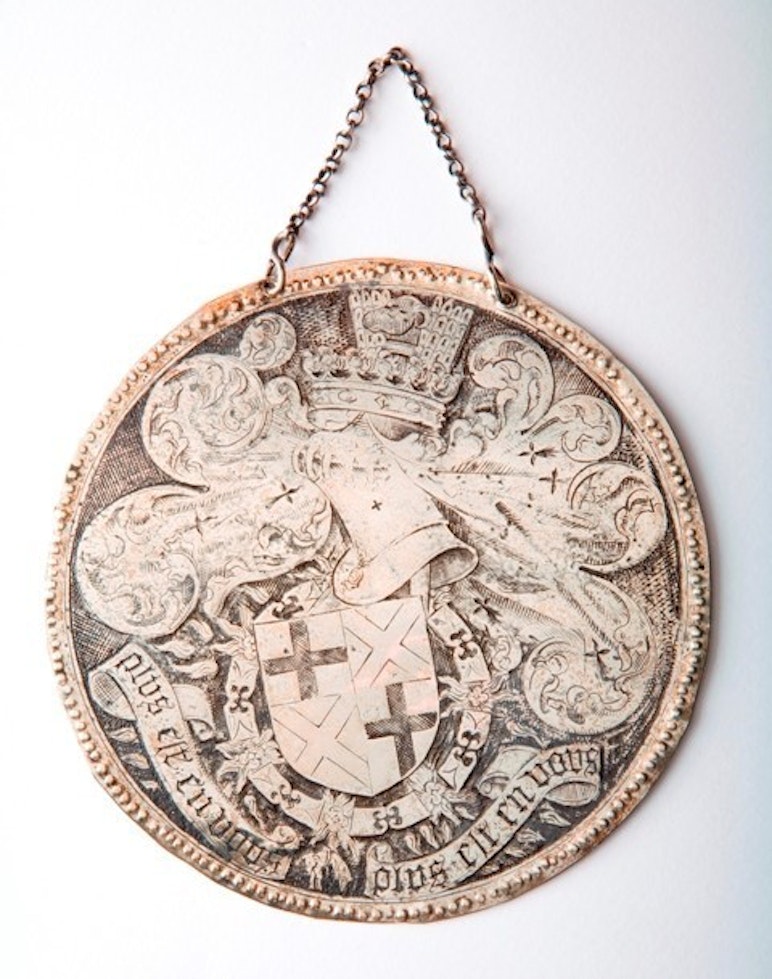 ‘There is more in you’ or, translated more freely, ‘you can always exceed yourself’ (French: Plus est en vous). That was the well know slogan of Louis of Gruuthuse. The Burgundian diplomat and city palace supervisor has a prominent place in the museum. His portrait is on show and his motto yields the connecting theme for the three eras which form the structure for the arrangement. Plus est en vous applies to each collection item in the new museum presentation. There is more to them than meets the eye. Each object bears stories about its origin or the context in which it was made or used.