Restoration of the palace

The re-opening of the museum concludes a long restoration campaign. The recent restoration of the palace has taken almost five years and finally cost over 1.85 million euros. The facades of the main wing had already been treated in 2007. Over the last five years, the palace has been given further treatment both in and outdoors, with attention to the building’s historical value. 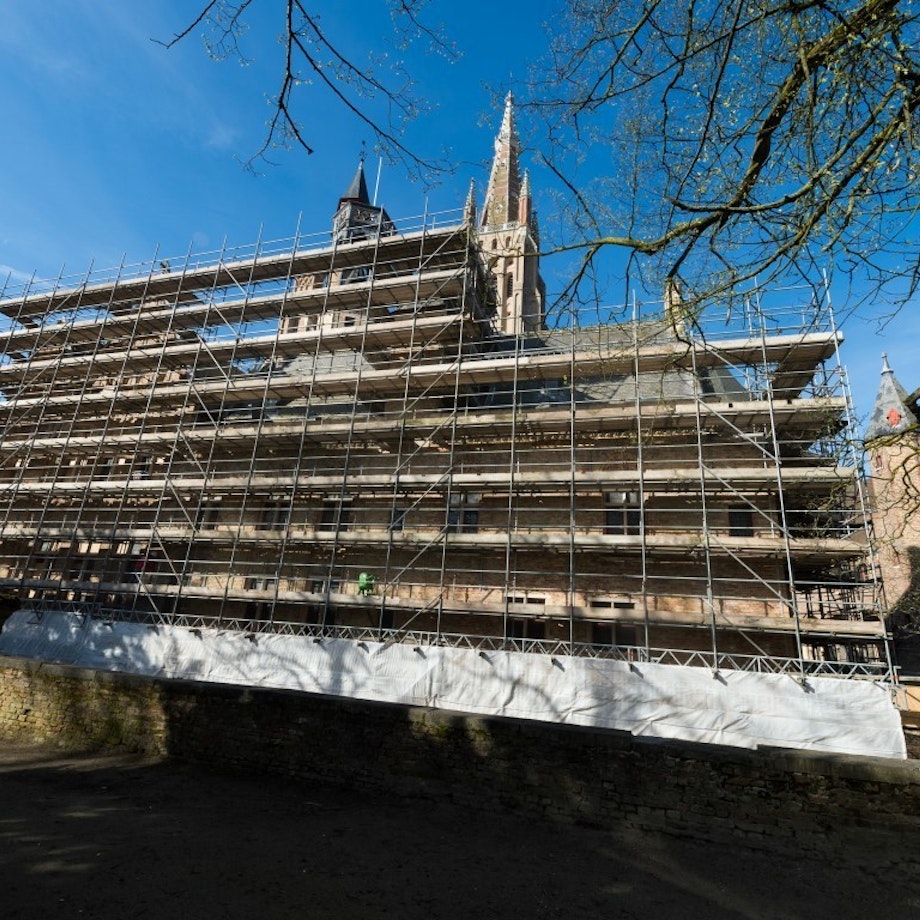 Restoration of the outer facades, woodwork, and windows 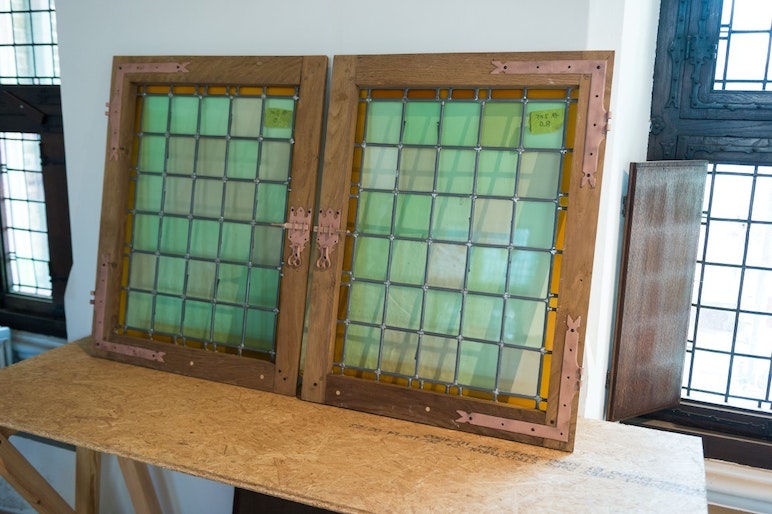 From 2014 to 2018, the facades were cleaned up on the side of the River Reie. Workers gave the roofs new slates and replaced all drainpipes. The woodwork on the doors and windows was repaired and, where necessary, replaced, and some floors were stabilised and, where necessary, levelled. All stained glass windows were treated and the parapet was completely restored. 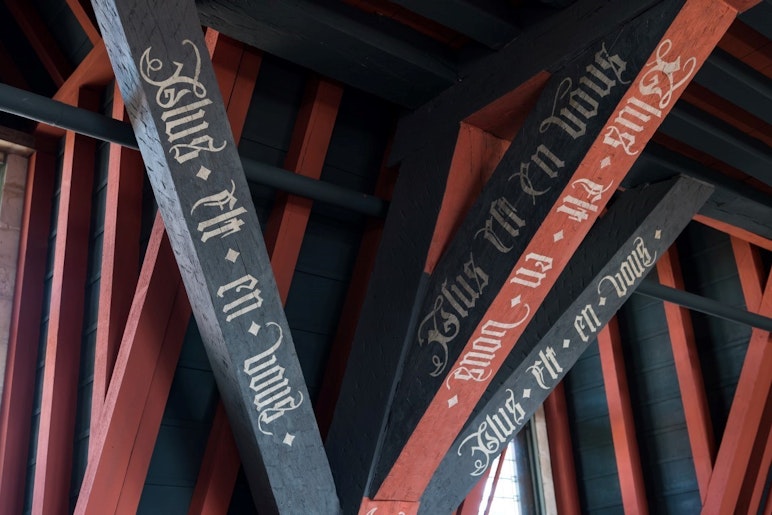 Restoration of the interior

Indoors the polychromy of the ceiling in the hall was cleaned. All other rooms were repainted in a colour inspired by the neo-Gothic interior of city architect Louis Delacenserie at the end of the 19th century. The new exhibition furniture is a modern wink at the residential function of the palace in the days of Louis of Gruuthuse.

Delacenserie’s loft received thorough treatment. Under the beams, furnished under Delacenserie’s direction with Louis’ motto Plus est en vous (There is more in you), were largely restored. The beams at the rear still bear the original 19th century decoration.