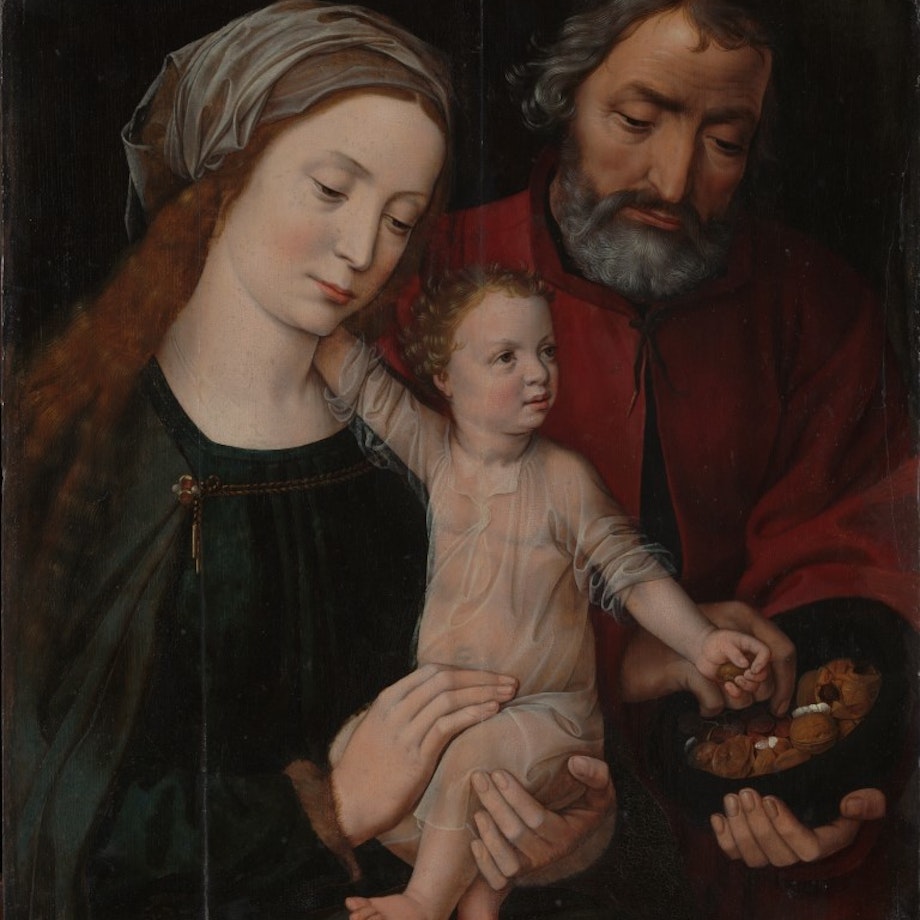 Jesus is sitting on his mother’s arm. His right arm is around her neck, whilst he is using his other hand to crack a walnut given to him by Joseph. This intimate scene gives an ordinary and accessible picture of the young holy family. The power of this work is seen in its small scale, the sober use of colour, the fine details, and the powerful light-dark operation. With this work, Benson knew how to touch the right chord in the ever growing desire of believers to discover the human aspect of Jesus and Mary.

Benson arrived in Bruges from Lombardy in 1510. His Italian background can certainly be seen in the strong shadow effect which is called sfumato. After a brief period in Gerard David’s workshop, he established himself as an independent master. He became one of the most successful Bruges masters from the first half of the 16th century. He dominated the market in the export of paintings, mainly to Spain, and had a big influence on his contemporaries Gerard David, Adriaen Isenbrandt and Pieter Claeissens I.

Work of Benson in Bruges

The vast production emanating from his workshop and imitators sometimes makes it difficult to identify Benson’s own work. Musea Brugge possesses several works by this master. This painting complements the Bruges collection significantly.

This work can be seen in room 2 of the Groeningemuseum.