VERONA: Large-scale research into the works of Jan van Eyck

Further to the much discussed restoration of the Lamb of God, thorough new research is being conducted on the other works of Jan van Eyck 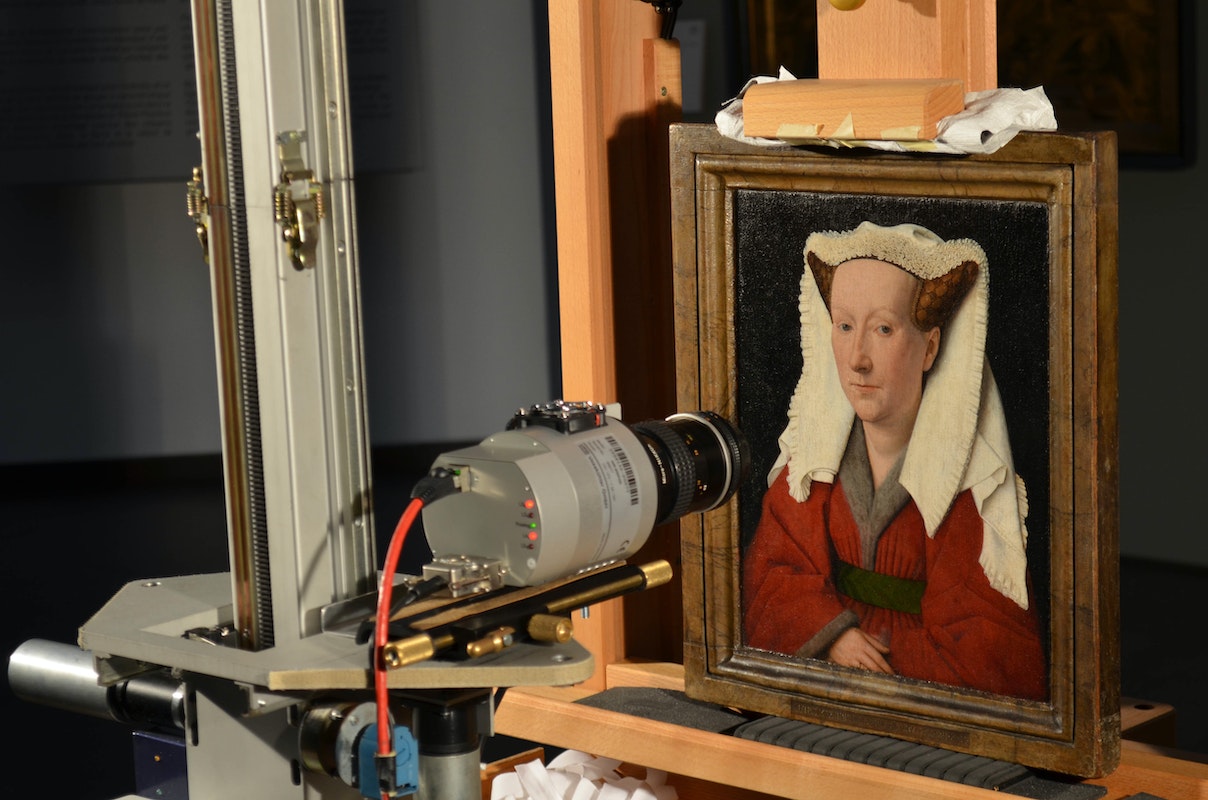 The so called VERONA project (Van Eyck Research in OpeN Access) of the Studiecentrum Vlaamse Primitieven van het Koninklijk Instituut voor het Kunstpatrimonium (Centre for the Study of the Flemish Primitives of the Royal Institute for Cultural Heritage - KIK/IRPA) started in 2014 and is still in progress. This large-scale research is unique for its systematic and standardised approach, with the same method, equipment, and researchers all the time. The interesting thing about that is that all results can be compared objectively 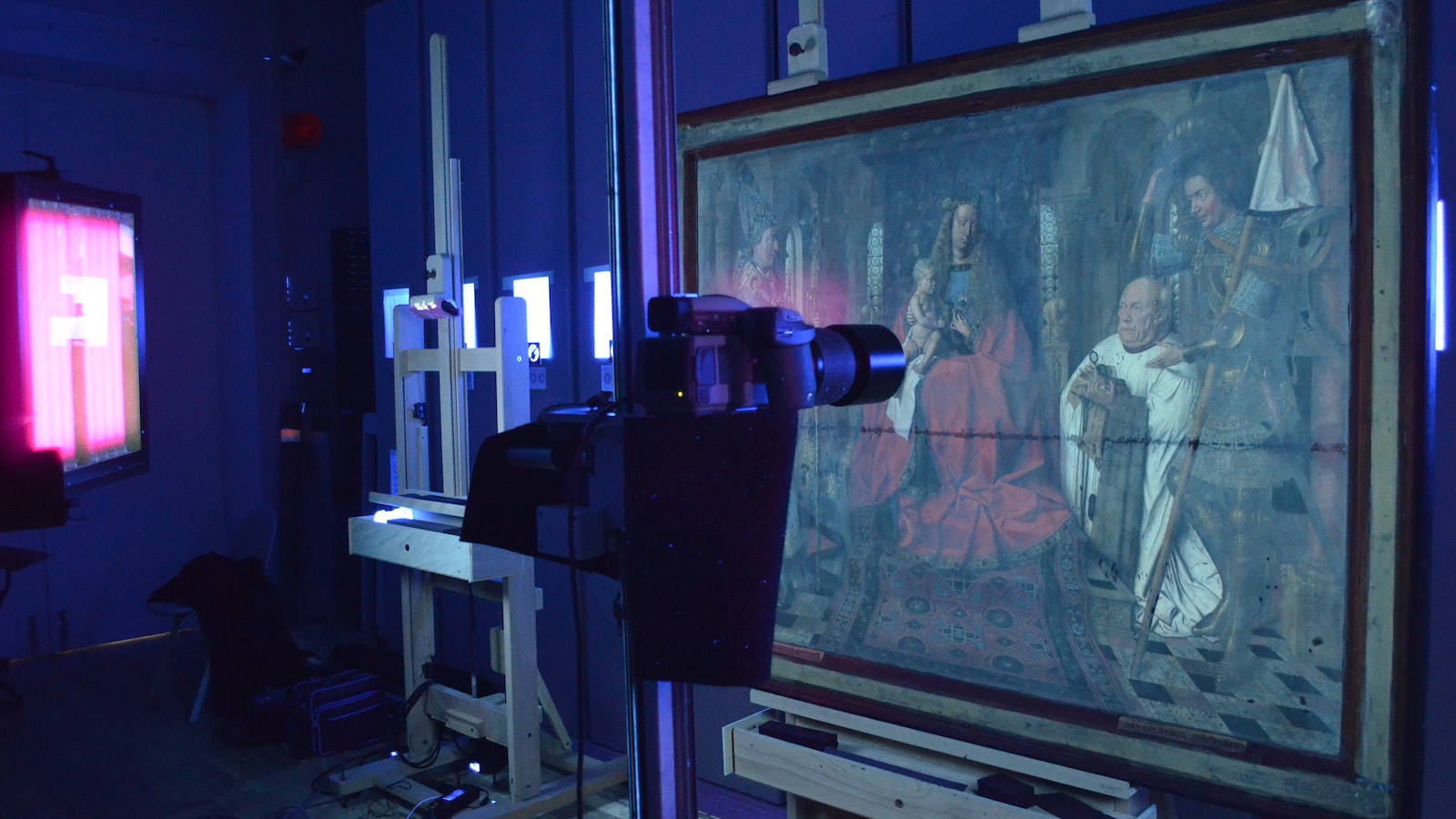 First phase of the research

During the first phase of the project (2014-2016), researchers examined 20 works by Jan van Eyck, including all works which can be attributed to him with certainty. Musea Brugge retains two of the nine paintings signed by Jan van Eyck: 'Madonna with Canon Joris van der Paele' and the 'Portrait of Margareta van Eyck', the painter’s wife. These works have been documented extensively via macro-photography (in normal light, fading light, infrared light, and ultra violet fluorescence), infrared reflectography, radiography, and macro-XRF scanning. The KIK/IRPA has completed all recordings, except for the macro-XRF scans, which were done by Antwerp University.

Second phase of the research

In the second phase (2017-2019), researchers documented in the same way another series of works ‘attributed to van Eyck’. Apart from paintings, this selection also includes one manuscript, namely the Turin-Milan Hours. Musea Brugge was responsible in 2018 for the infrared reflectography recordings of some important miniatures in this manuscript.

All images from the first phase of the VERONA project have now been unlocked via the web site Closer to Van Eyck, where previously all the images of the 'Lamb of God' could be found.

Musea Brugge has financed the processing and publication of the pictures. The results of the second phase will be added to the website.

Partners in this project: