In order to stand out in the revamped Gruuthusemuseum, this attractive collection of three sewn strips of golden leather has been repaired. 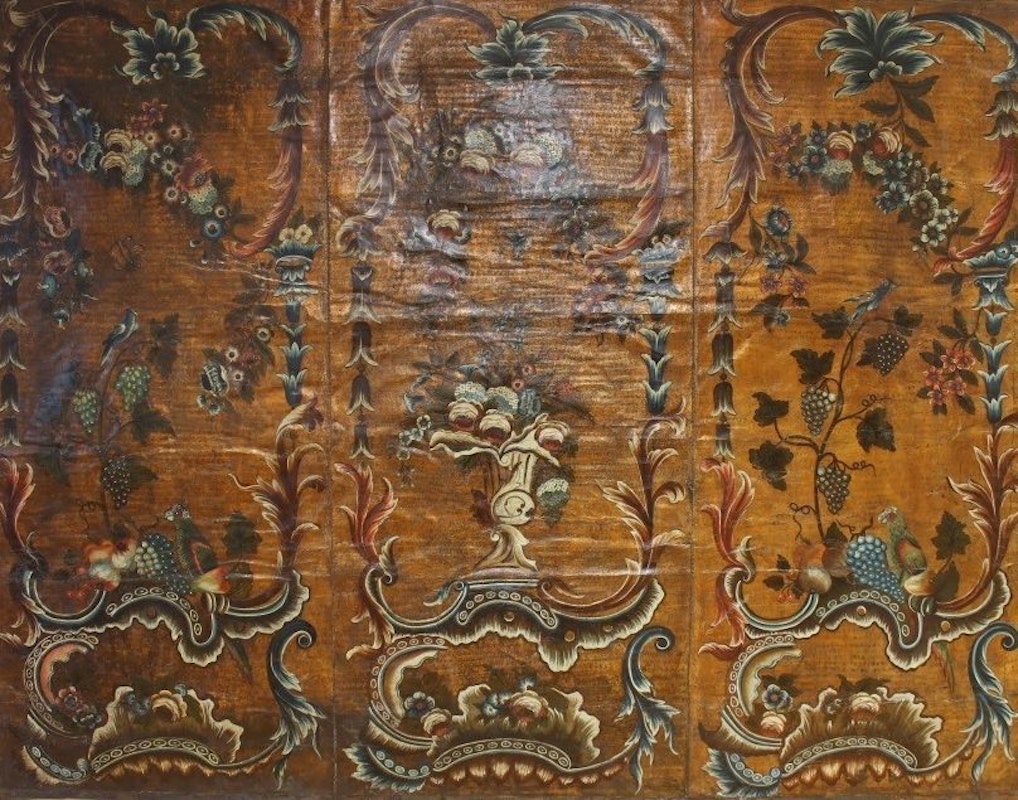 Golden leather was all the rage in wall furnishing in the late 16th century. From that time on, it gradually replaced tapestries in the houses of the rich middle classes only to be replaced by painted textile in the 18th century 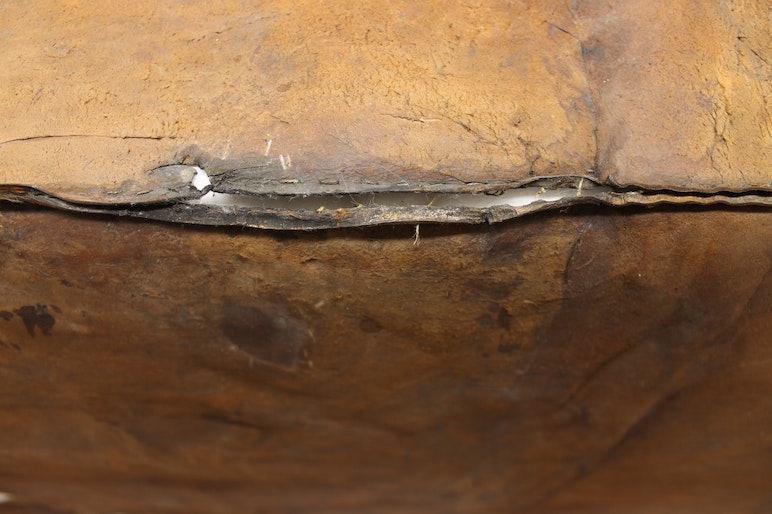 This piece measures almost two by two and a half metres and has been part of the collection for a long time. It was kept folded at the seams for a long time, so it got distorted and the seams came loose. The golden leather was torn here and there and had moisture damage. 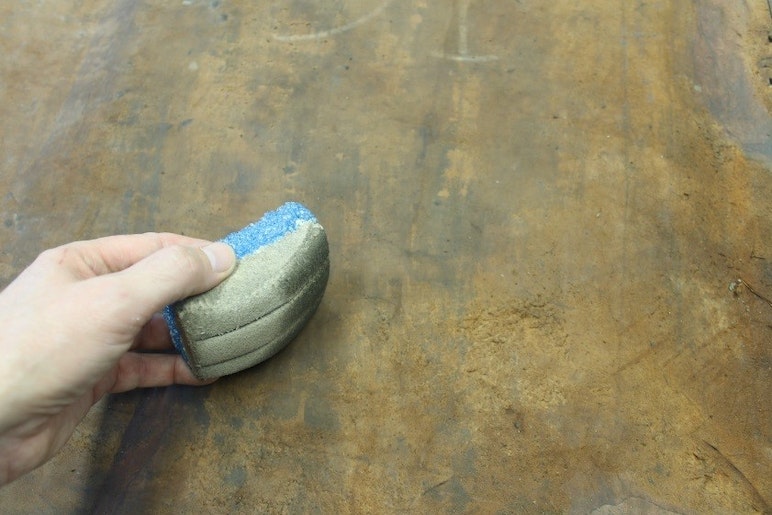 The firm Cordovano from Melle specialises in the repair of paper, leather, and golden leather and works for museums, galleries, records offices, and private owners. Their proposal proved to be the best. They achieved an excellent result using specialist techniques. They cleaned the golden leather as well as repairing it. The job took two months. 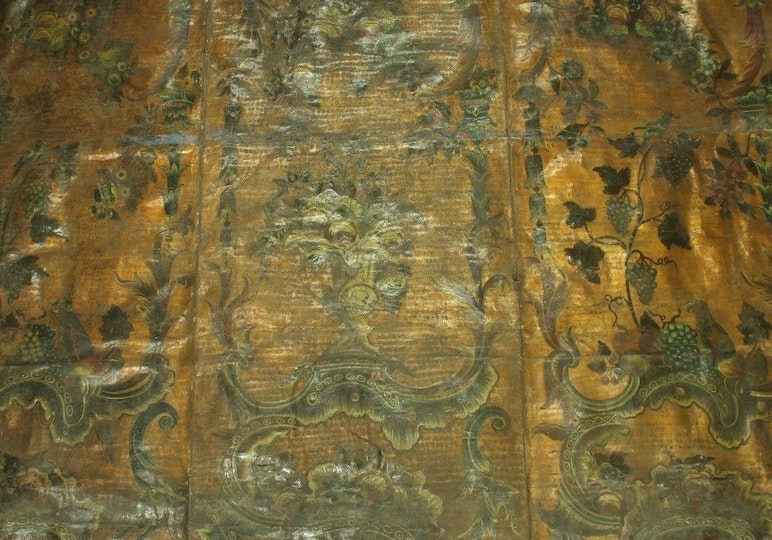 Where did this golden leather come from?

This patch of leather most probably came from Bruges, but it probably wasn’t made there. In the 17th century, Amsterdam, The Hague, and Middelburg were big production centres. They exported golden leather far beyond the borders. Golden leather was also produced in Flanders during that period, including in Mechelen. Other production centres included Brussels and Antwerp and, to a lesser extent, Ghent, Liege, and Ypres.

It is hard to determine where this piece was made, but presumably in Flanders because it shows similarities with golden leather from Brussels. It is even harder to determine who made it. The label on the golden leather has the letter G as an initial, but that doesn’t necessarily refer to the maker. It could just be an indicator for the installation. The makers of golden leather were referred to as ‘posers’ in those days. The meaning of this word nowadays still finds its origin in this age-old craft.

Read more about the Gruuthusemuseum