Restoration of the oratory

The crowning glory of the Gruuthuse palace is the authentic 15th century oratory. 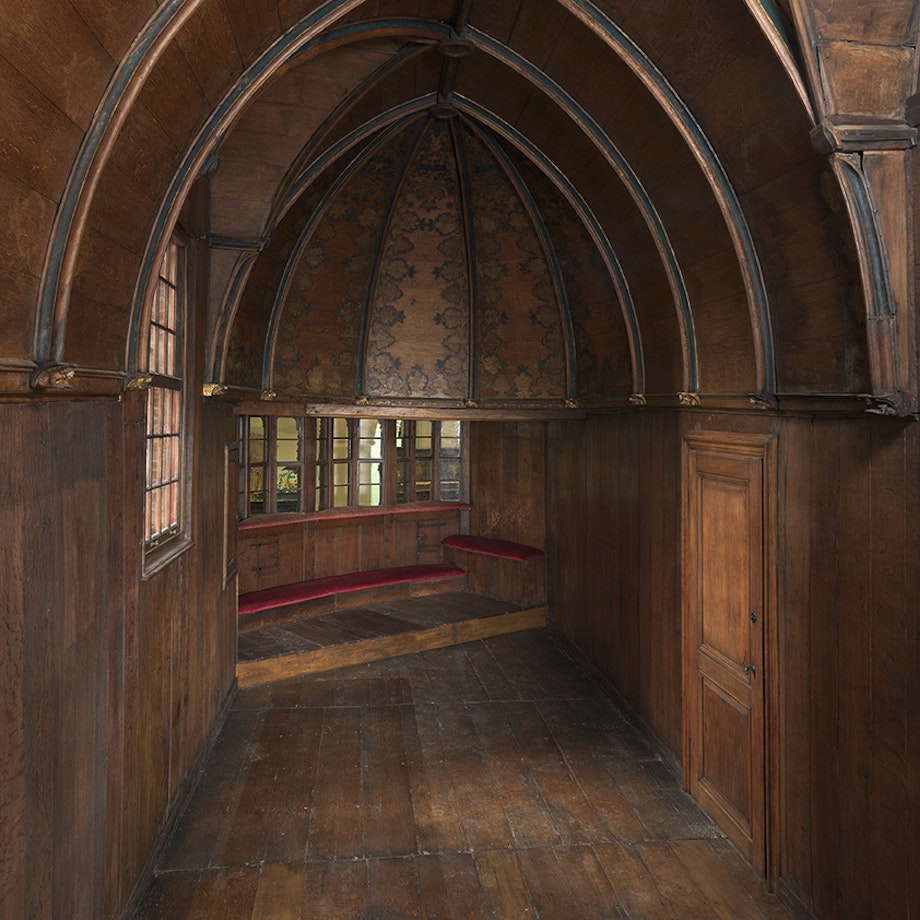 On 7 January 1472, Louis of Gruuthuse concluded an agreement with the chapter of Onze-Lieve-Vrouwekerk (Church of Our Lady) to construct a place of prayer to connect his palace to the church at the height of the choir. This enabled the family to attend mass from their residence. That was an absolute privilege in those days. Louis was an important patron of the church and he made several generous donations after the oratory was built. 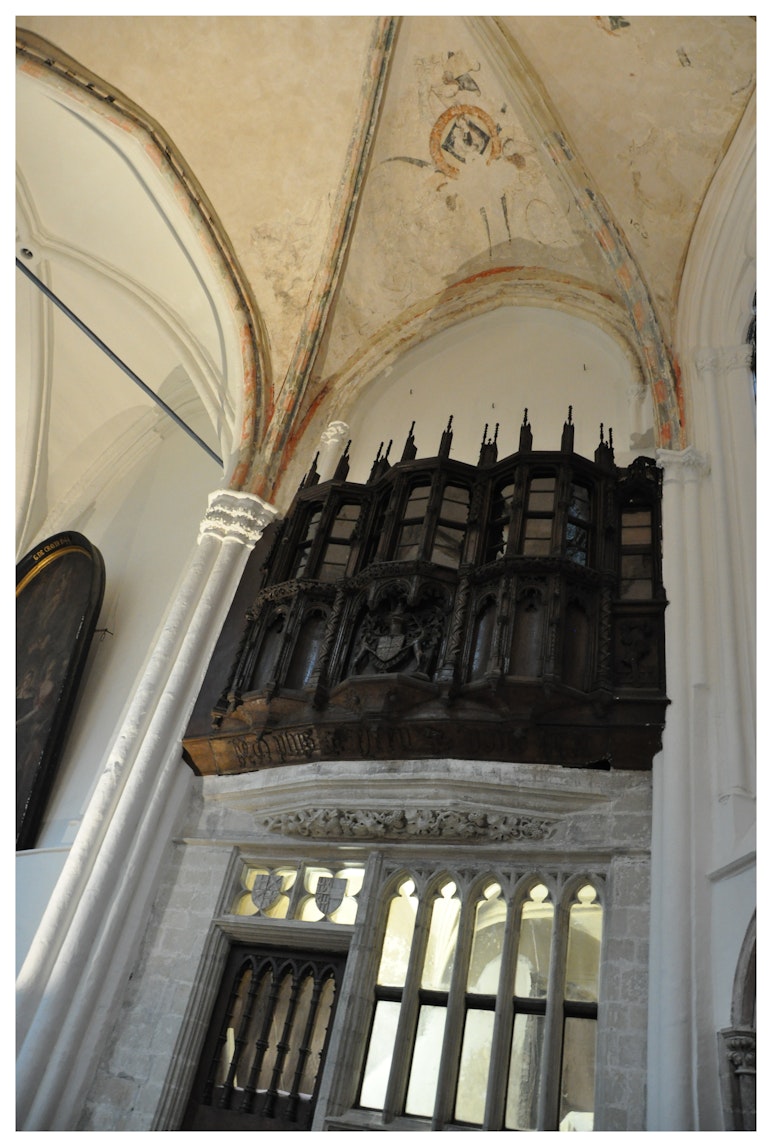 The chapel has two floors. The upstairs is the actual private oratory with a wooden cover of refined Gothic ornaments and heraldry on show in the church. Louis’ motto, the mortar, and the initials ‘L’ and ‘M’ are on show as well.

Unfortunately, a lot of the interior decoration of the oratory has been lost, but the residual traces reveal a luxuriously designed room. The whole interior is finished with top quality oak wood panelling. The adornment of the vault and the beams, a combination of tin foil, wax, and paper, is, as far as we know, the only one of its kind. It is tailored work: gilded and finished with blue decoration on a black background. The ribs of the vault are embellished alternately with azure blue, gold leaf, and relief decorations. Sculptured angels, which are original apart from two, support the vaulted ceiling. Their individualised faces are extremely refined. 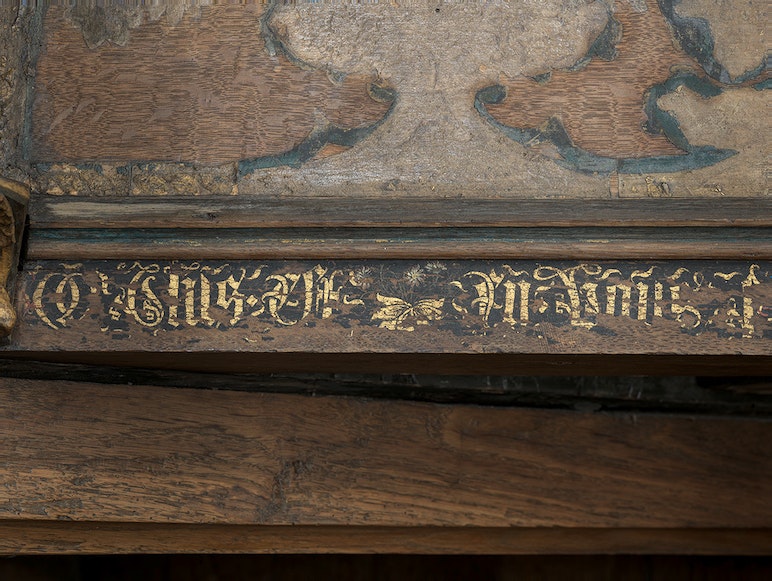 A few samples revealed that the floor and the panelling were in poorer condition than originally thought. The floor beams, diseased with woodworm, were replaced. Almost all of the floorboards themselves were recovered. It also emerged that the rear side of the original panelling was affected.

On the basis of historical and technical research carried out by the Koninklijk Instituut voor het Kunstpatrimonium (KIK) (Royal Institute for Cultural Heritage), wood restorers treated, reinforced, and repaired the panelling. The KIK accepted responsibility for the interior decoration, including the cleaning and fixation of the vault decoration. The restorers were able to preserve the exceptional decorations on the ceiling and they treated and cleaned all planks. The whole structure certainly gives some idea of how exceptional this chapel must have been in Louis’ day.

In the autumn of 2016, the Vrienden van Musea Brugge (Friends of the Musea Brugge) set up a crowd funding campaign. Under the motto ‘Show your Grut heart’, they sold over 5000 bottles of beer and collected about 67,000 euros for the restoration and opening of the oratory.

Our grateful thanks to the many sponsors and friends who have supported this campaign!