Bruges purchases a folio from a valuable Gruuthuse manuscript

Musea Brugge and the Openbare Bibliotheek Brugge (Bruges Public Library) have together purchased a folio from a valuable manuscript that was once part of the library of Louis of Gruuthuse. It is very unusual for a Gruuthuse manuscript to be available for sale on the open market but fortunately on this occasion one such rare manuscript – or at least a part of it – is finally coming 'home' to Bruges. 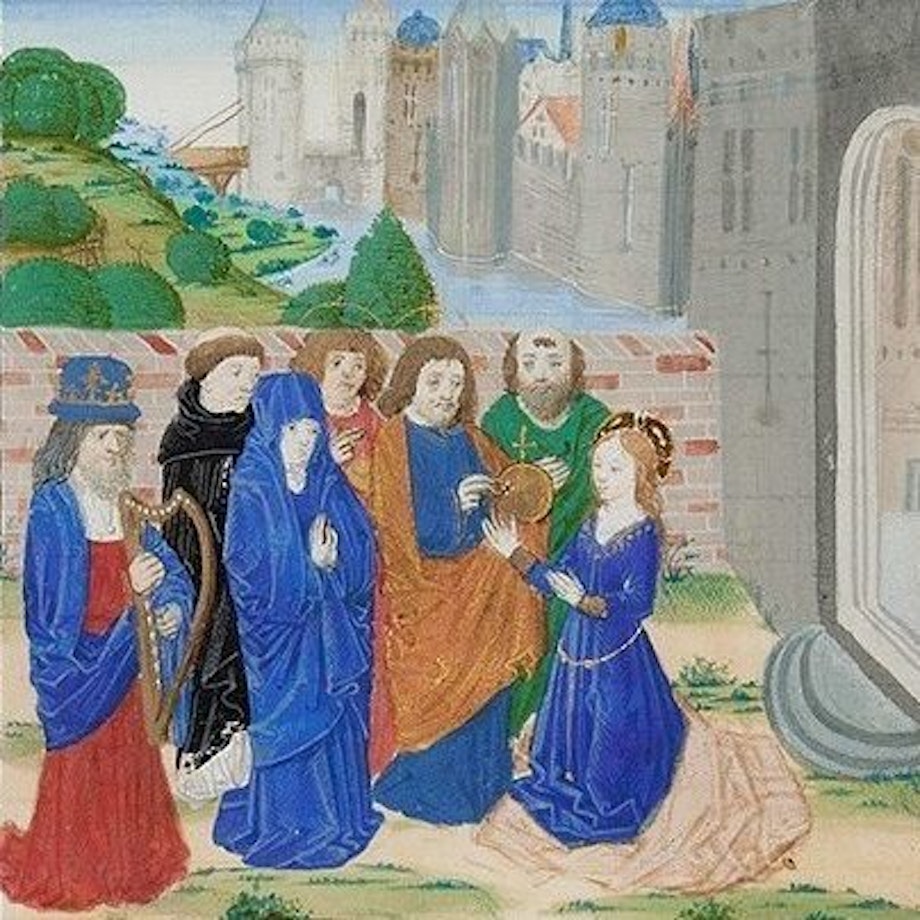 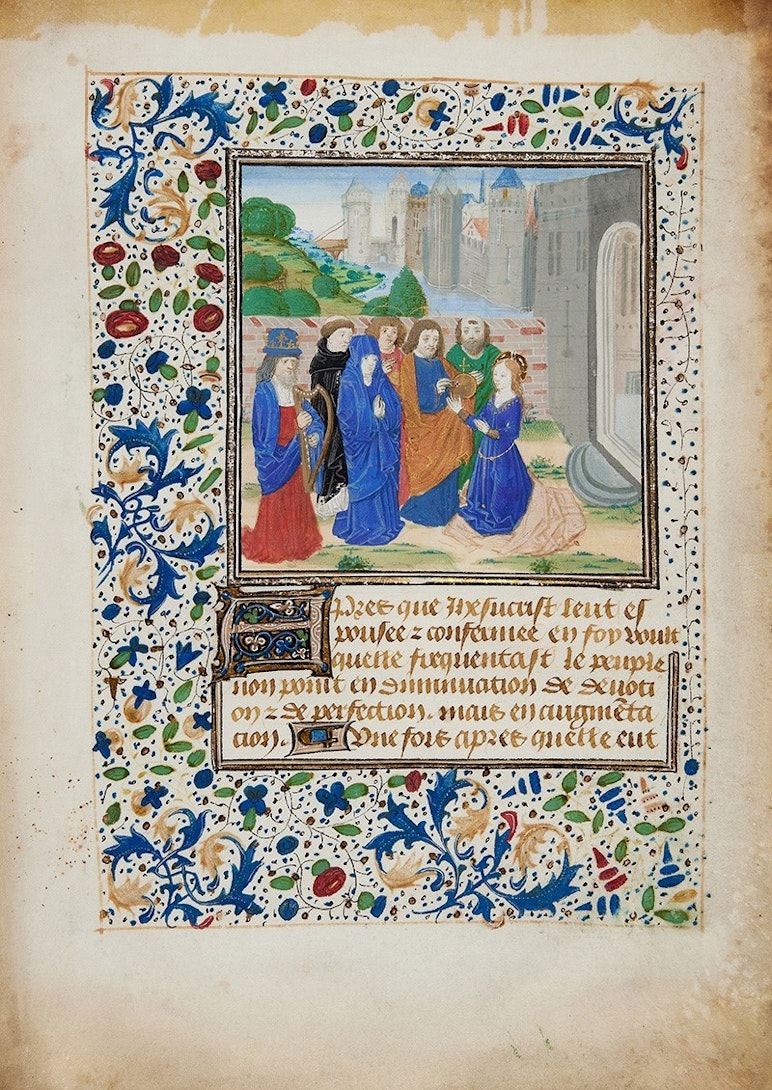 Folio from Gruuthuse Library back home

During the summer of this year, Musea Brugge and the Openbare Bibliotheek Brugge joined forces at the Bloomsbury auction house (a subsidiary of Dreweatts) in London to purchase a folio or leaf from a manuscript about the life of St. Catherine of Siena, which was made in Bruges around 1475. Thanks to this purchase, the City of Bruges at long last has in its possession a work that can be said with irrefutable certainty to have belonged to the collection of Louis of Gruuthuse. The folio on which Louis' coat of arms once appeared has long since disappeared, but it made a recognisable pigment impression on the opposite folio in the manuscript. It is this latter folio that has now been acquired.

Back in 2018, Musea Brugge and the Openbare Bibliotheek had already bought a manuscript that probably belonged to Louis of Gruuthuse; namely, 'La Pénitence d’Adam' by Colard Mansion. The new Gruuthuse folio, together with the previously purchased 'Pénitence', will be put on public view once every three years as part of the permanent display in the Gruuthusemuseum. Love for books is an important aspect of the Gruuthuse legacy.

Opportunities to purchase artefacts from the Gruuthuse library are very few and far between. Following the death of Louis of Gruuthuse in 1492, the largest part of his library passed into the hands of the French king, Louis XII. It is not exactly clear why this happened, but it does explain why almost 120 of the Gruuthuse manuscripts can now be found in the Bibliothèque nationale de France (French National Library) in Paris, including the manuscript from which the recently purchased folio was at some point extracted. Other Gruuthuse manuscripts can be found in the collection of the Koninklijke Bibliotheek van België (Royal Library of Belgium) and its Dutch equivalent, which possesses the famous Gruuthuse manuscript containing the elegy 'Egidius waer best u bleven' (Egidus, where have you gone?).

Musea Brugge and the Openbare Bibliotheek Brugge took a conscious decision to purchase the new folio together. On the one hand, it represents an important addition to the already rich manuscript collection of the library. On the other hand, the Gruuthusemuseum is the ideal location to display it to a wider public. These two Bruges organisations have successfully worked together on a number of occasions in the past, including the much acclaimed 2018 exhibition entitled 'Haute Lecture by Colard Mansion', which attracted more than 40,000 visitors. The new Gruuthuse folio will be on display for the first time in room 4 of the museum, where it is also possible to view other selected manuscripts from the collection of the Openbare Bibliotheek and the Grootseminarie (Grand Seminary).

The mystical marriage with Christ

On the reverse side of the folio there is a so-called half-sheet miniature, which depicts one of the most striking events from the life of St. Catherine: her mystic marriage with Christ. The Christ figure stands centrally, dominating the composition. In his left hand, he is holding a globe. With his right hand, he offers a ring to the kneeling Catherine, who is on his right. Christ and Catherine are surrounded by other holy personages: King David, John the evangelist, the apostle Paul, St. Dominic and a female figure who is thought to be the Virgin Mary. The scene takes place in a walled garden, in the right- hand side of which there is a passageway that leads to an interior. In the background, we can see a landscape, with a city in the distance.

This folio is richly decorated by the Master of Margaret of York, or his workshop. This master, whose real name is sadly not known, illustrated numerous manuscripts for Louis of Gruuthuse.