Renewal of the Belvedere tower

Unexpected, but absolutely essential was also the complete renewal of the Belvedere, the tower at the intersection of the main wing and the Reie wing. 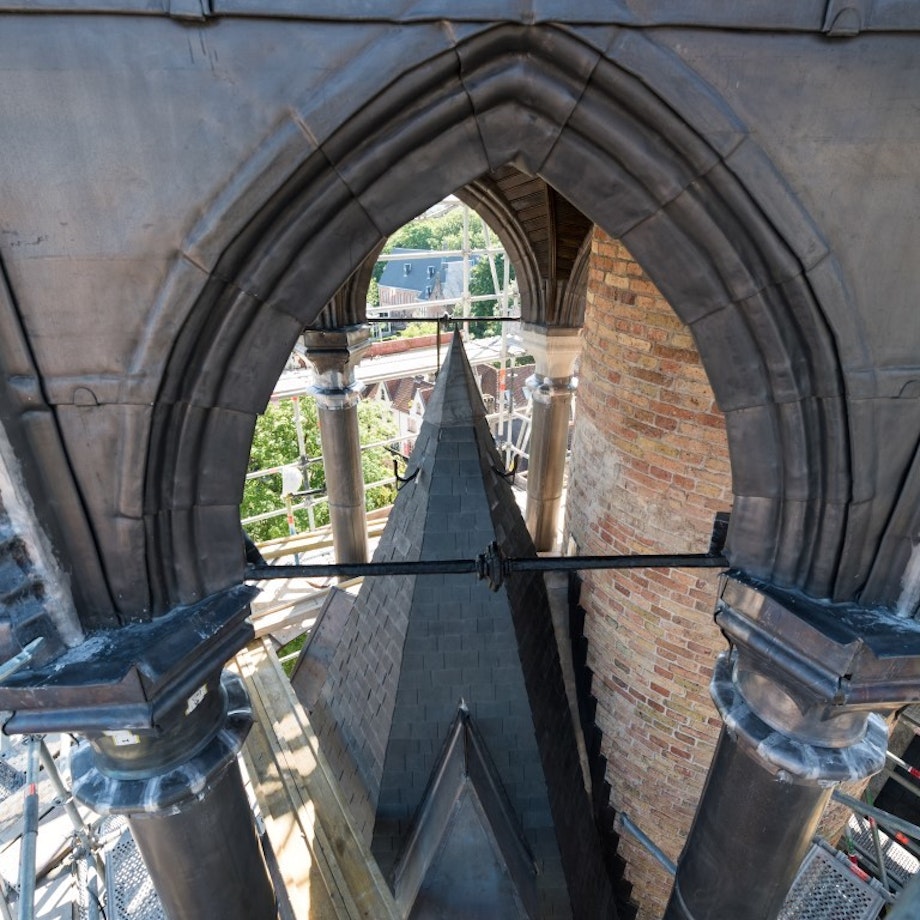 The map by Marcus Gerards from 1562 shows a tower crowned with an open-ended construction with pillars. An engraving from 1641 does not show the crown and there is no second tower opposite. However, at the end of the 19th century, after lengthy discussion, Delacenserie was given permission to reconstruct the Belvedere tower, as portrayed by Gerards.

With the recent restoration of the palace, too, the tower was no easy job. At the time, Delacenserie had opted for a wooden construction lined with led. A few decades later, it emerged that the construction had eroded and the wood was replaced with reinforced concrete lined with led.

The removal of some of the led plates during the restoration revealed that the wooden anchoring points for the led were almost completely rotten. The concrete showed some cracks and the reinforcement was corroded. Therefore, after careful consideration, workers installed a new concrete construction with led lining.