This monumental full length painted portrait of Augustin van Outryve d’Ydewalle comes from the hand of Joseph-Benoit Suvée and is being restored in the restoration workshop of the Groeningemuseum. The Flemish Community has been able to acquire the portrait. The Flemish Council for Masterpieces (Topstukkenraad) has given a green light for the restoration to start. 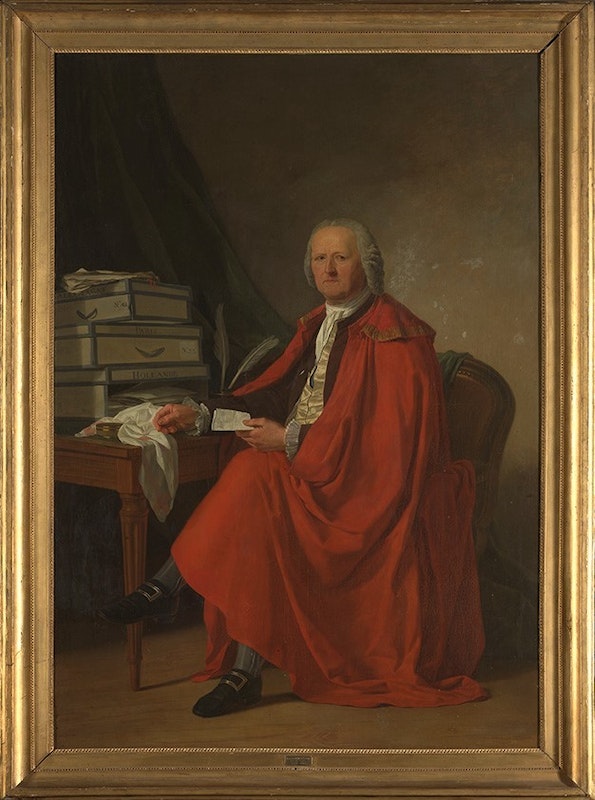 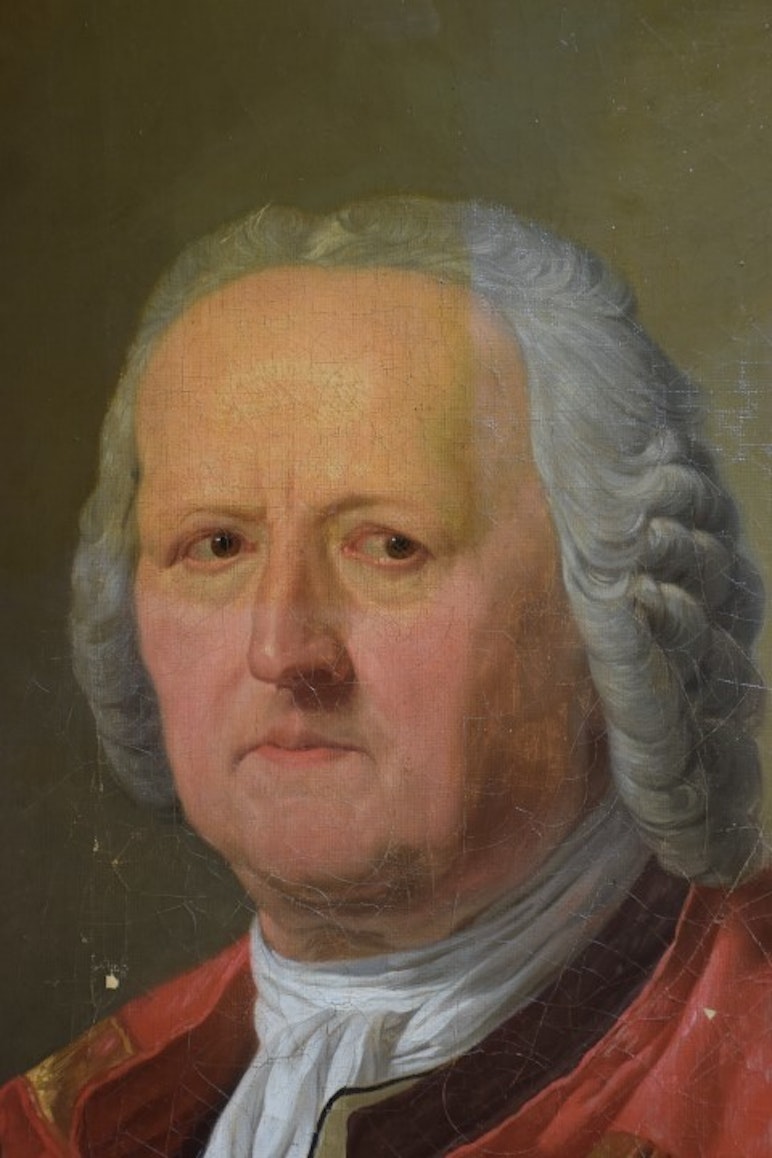 Augustin van Outryve was a prominent nobleman from Bruges from the second half of the 18th century. As a wealthy businessman, he authorised his own portrait by Joseph-Benoît Suvée, the leading neoclassic painter from Bruges and later director of the renowned French Academy in Rome. This portrait is not only interesting from an art history perspective, but also it is socially and economically significant. It is signed and dated (1782) on the document which the portrait subject has in his left hand.

Experiment with materials and technique

In the 18th century, there was a lot of experimentation in the world of art and Suvée did not hesitate to try out new materials or techniques. For instance, he used two different canvases here; he painted Augustin’s face onto a small piece of canvas first. Later, Suvée attached that piece to the larger canvas onto which he applied the rest of his body. 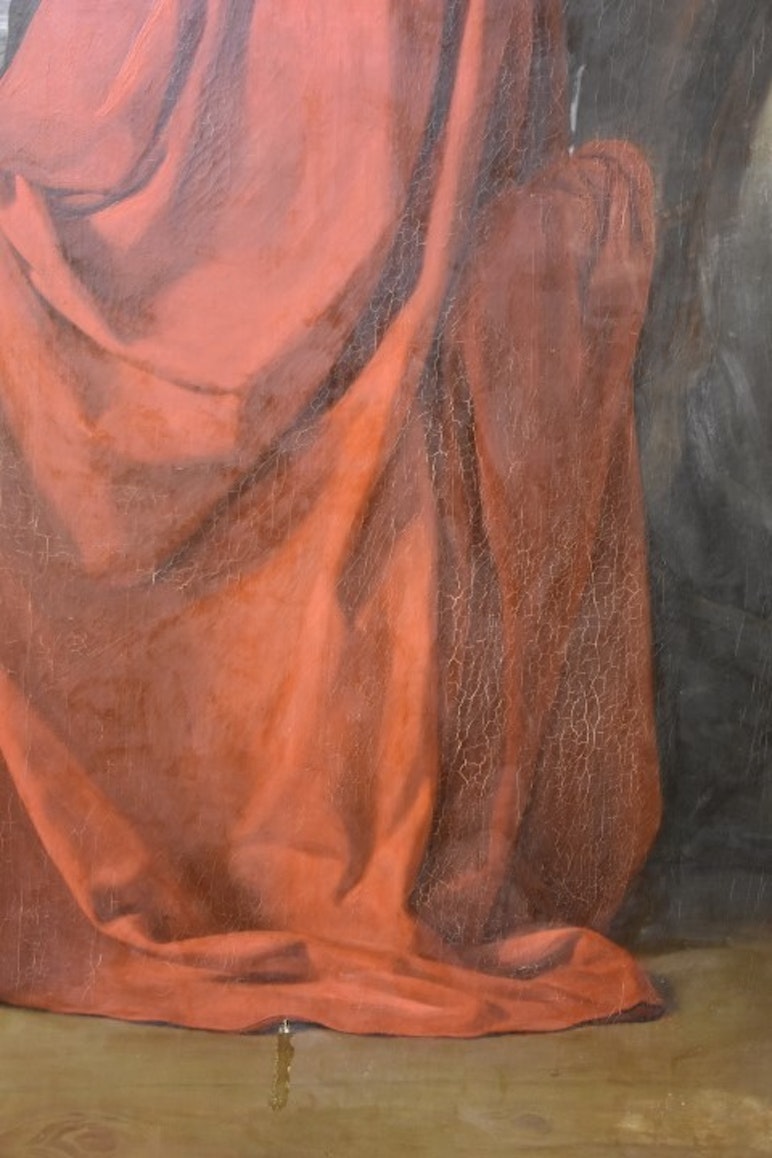 On the portrait lies an old coat of varnish, which gives it a dark and yellowed appearance. That coat will be removed to bring the original colours back to life. Furthermore, various disruptive cracks will also be carefully touched up. Some sections were already painted over in the last century to obscure other disruptive flaws in some zones of the composition. These sorts of cracks appeared fairly quickly in the production of a painting. The cause was often an incorrect dose of pigment and binding agent.