Philip the Fair as St Georges 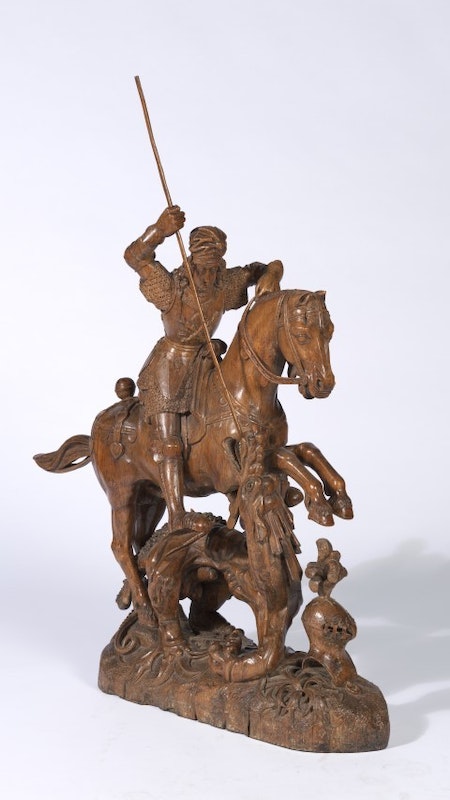 This early 16th century equestrian statue portrays St Georges on horseback as the one who slays the dragon. The knight shows remarkable facial features similar to those of Philip the Fair and the Golden Fleece chain also suggests that this is an important Burgundian. It is possible that a major figure from Bruges had it made in honour of Philip the Fair. Representing the ruler as a saint boosted his image and was a form of propaganda. There is an almost identical copy of this impressive image, something which is quite rare. We can still only guess as to why.