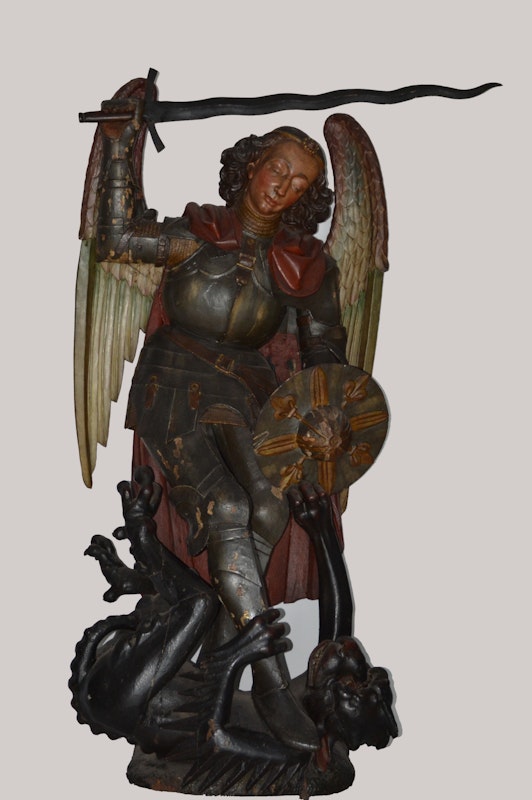 The Archangel Michael in harness draws his sword dangerously. At his feet lies the dragon, which symbolises the fallen angels. Michael banishes them from the presence of God. St Michael is the patron saint of armour bearers and guilds of swordsmen. They played an important part in the administration and defence of the city from the 15th century onwards. They probably had the sculpture made. It is late Gothic, but also has renaissance features. It shows evidence of the refined mastery of Bruges sculptors in the 16th century.