The Judgement of Cambyses, Gerard David 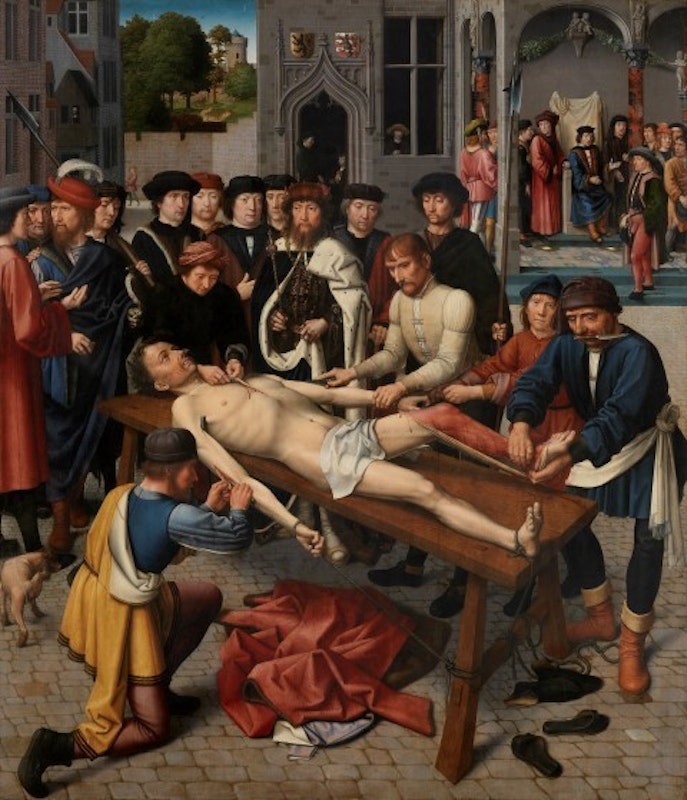 Gerard David did not paint this work for sensitive souls. This terrifying scene from the story of the Persian king Cambyses warns us of the consequences of corruption in justice. The man on the table is Sisamnes. He was one of the king’s chief judges, but agreed to receive a bribe.

His punishment was irreversible. He was skinned alive. His son had to serve as judge, draped with his father’s flayed skin.

Gerard David painted this work for the council chamber of Bruges city hall. It serves as a constant reminder of what was expected of aldermen and judges: incorruptibility.