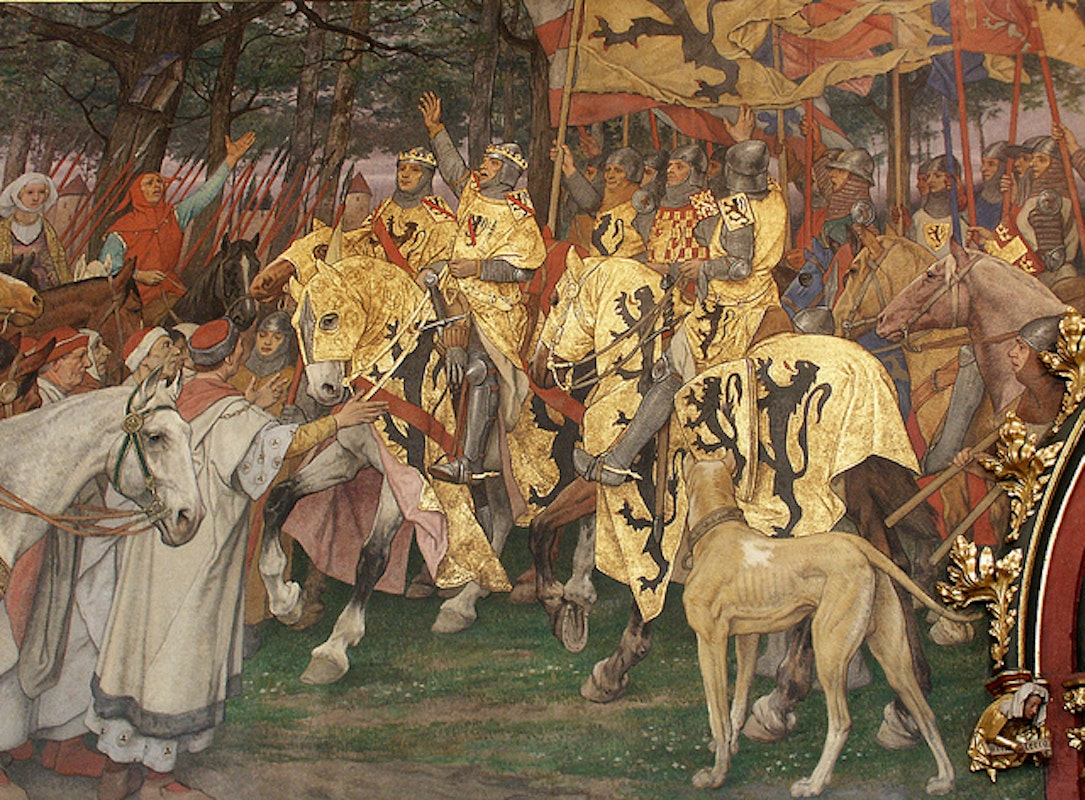 This impressive and colourful murals gives you a bird’s-eye view of the illustrious history of Bruges and Flanders. The Battle of the Golden Spurs, the creation of the Order of the Golden Fleece, Count Diederik of Alsace, who brought the relic of the Holy Blood from Jerusalem to Bruges and laid the first stone of Bruges City Hall. These sorts of monumental works were produced when the new state of Belgium wanted to profile itself in the second half of the 19th century. King Leopold II came in person to inaugurate the work in 1905. Designer Albrecht De Vriendt passed away before it was completed, so his brother Juliaan was responsible for its completion.