The Sermon of Saint John the Baptist, Copy after Pieter Bruegel I 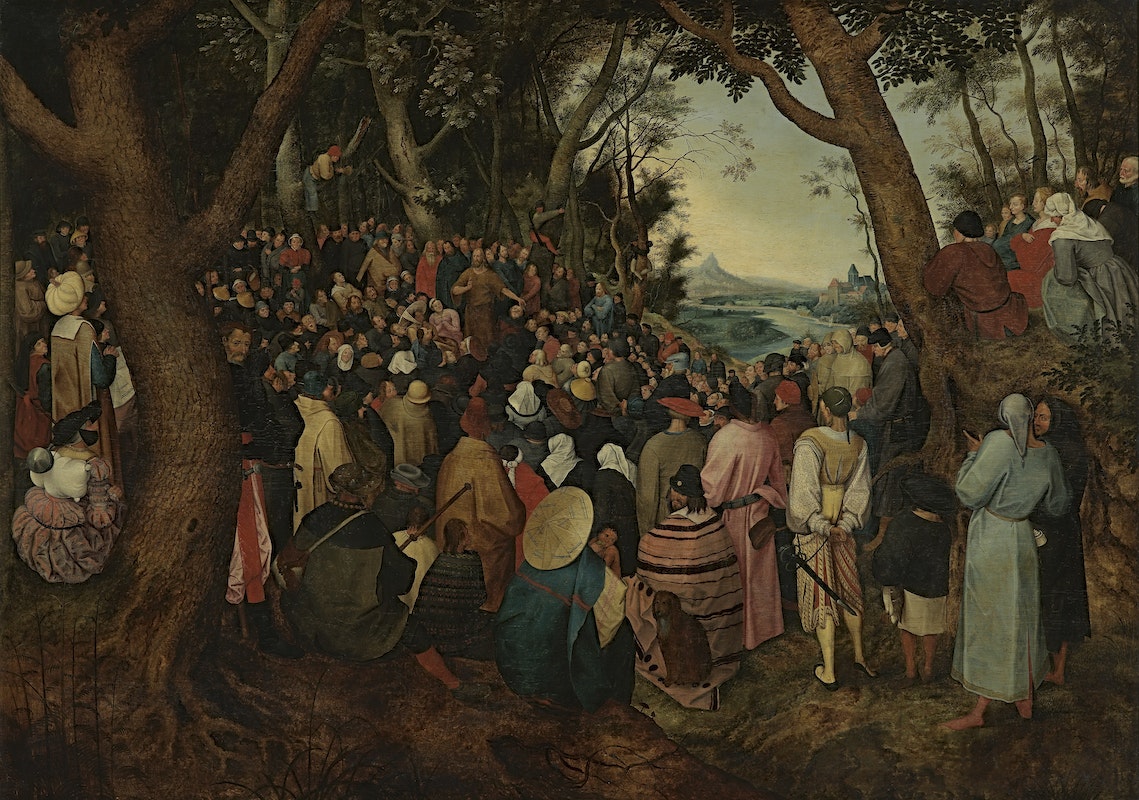 For four whole generations, the Bruegel family determined the face of 16th and 17th century Flemish painting. Bruegel lets the masses have their say here, but he also has an eye for the landscape. The colourful figures in the foreground are all ears for John the Baptist. This was a bold historical link because this open-air preaching strongly resembles a prohibited Protestant gathering. The river meanders its way through the painting. The shadow of a mountain appears on the horizon. This typical Bruegel background gives the composition plenty of depth. His paintings were hugely popular and were copied widely, including by his sons. This is a copy which hardly deviates at all from the original, which is kept in Budapest.