Tribute to those who revived Bruges, by Charles Rousseau 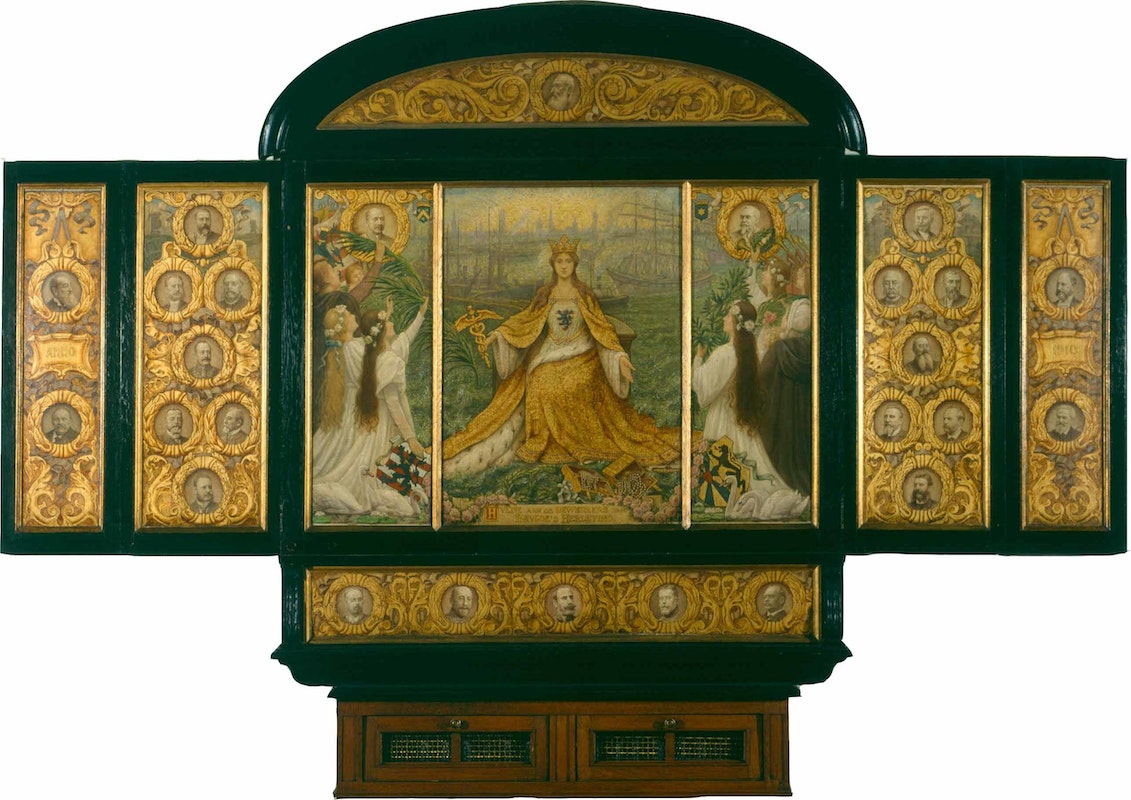 Medieval Bruges owed its wealth and status to its location by the sea. When Bruges lost its access to the sea in the late 16th century because merchant ships could no longer navigate the waters, the city’s prosperity came to an end. In 1907, a new port in Zeebrugge restored links to the sea.

Feast in Bruges. King Leopold II came to open the new port officially. His name can be seen at the top of the plate in the middle. The other medallions show other prominent figures and rulers who played a crucial role in the building up the port. The crowned woman in the middle with the shield of Bruges on her chest represents the city: Bruges as a queen, with the sea as source of wealth. The new port is behind her.