The portrait of Louis of Gruuthuse 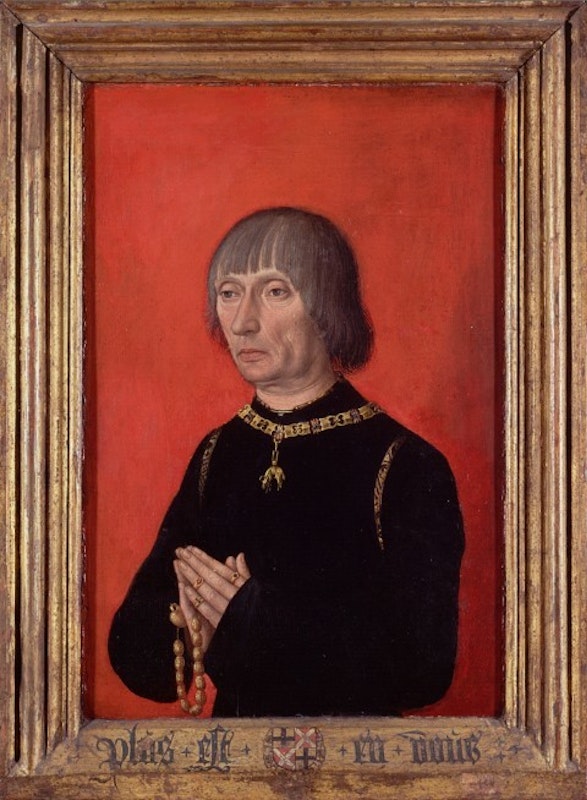 This portrait shows one of the most powerful figures from late medieval Bruges. Louis’ family had a monopoly on the sale of ‘gruut’, an herb mixture which was the main raw material for beer. Later, he levied taxes on just about every barrel of beer imported or brewed in Bruges. He soon earned a fortune and played a prominent role in the entourage of the powerful Burgundian dukes.

Louis was a talented knight, a passionate diplomat, a refined culture enthusiast, and a patron. He wore around his neck the golden chain of the famous Order of the Golden Fleece. Below in the frame you can read Louis’ well known motto: ‘Plus est en vous’ (There is more in you.).