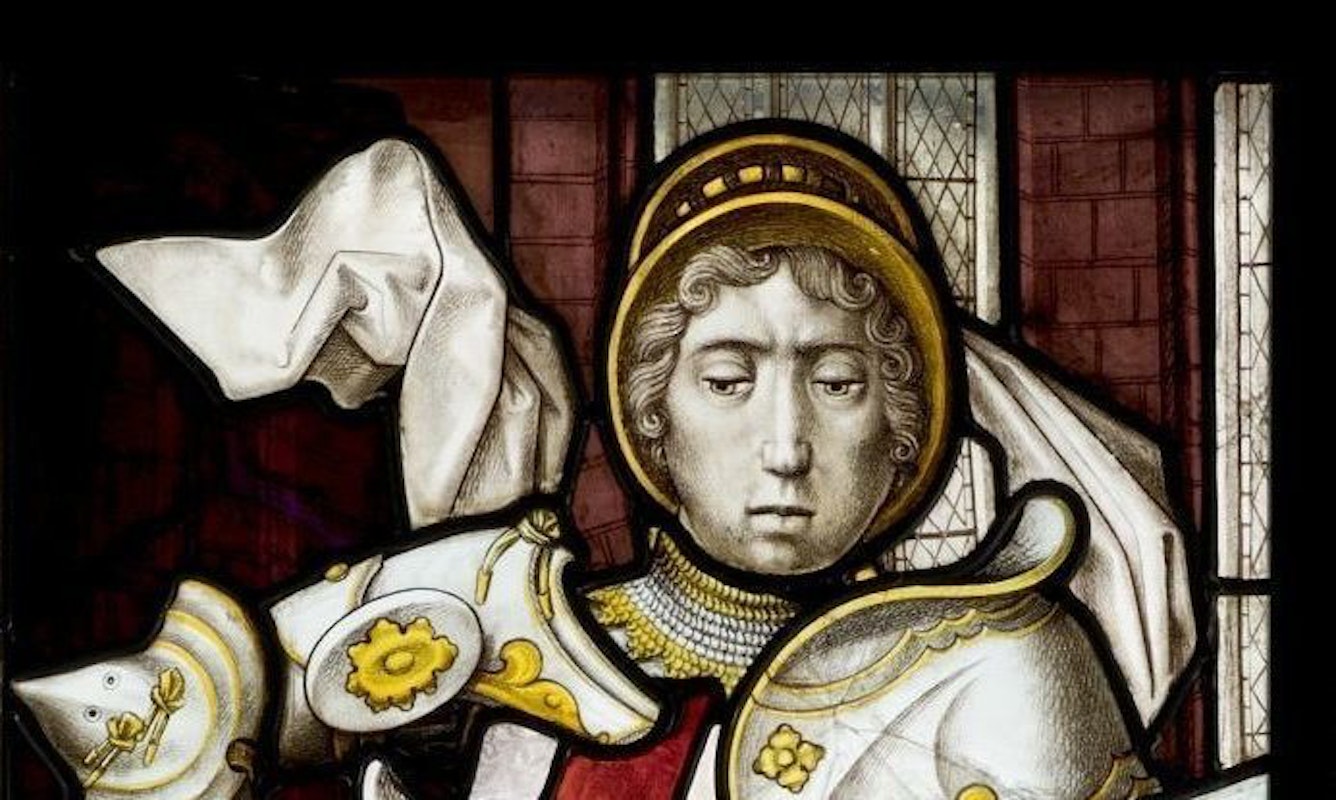 St Georges defeated the dragon. He triumphed in battle with drawn sword. His expression is that of a victor. His coat of arms displays a big red cross, his harness adorned with gold. The dragon lies at his feet. This highly refined and colourful stain glass window was made in about 1500 for the guild chapel of painters and glazers. This was very popular with Burgundian dukes because it was located a mere stone’s throw from their impressive palace in the city centre. In the meantime, the chapel has been demolished, but those stain glass windows remained intact, even after the iconoclasm.