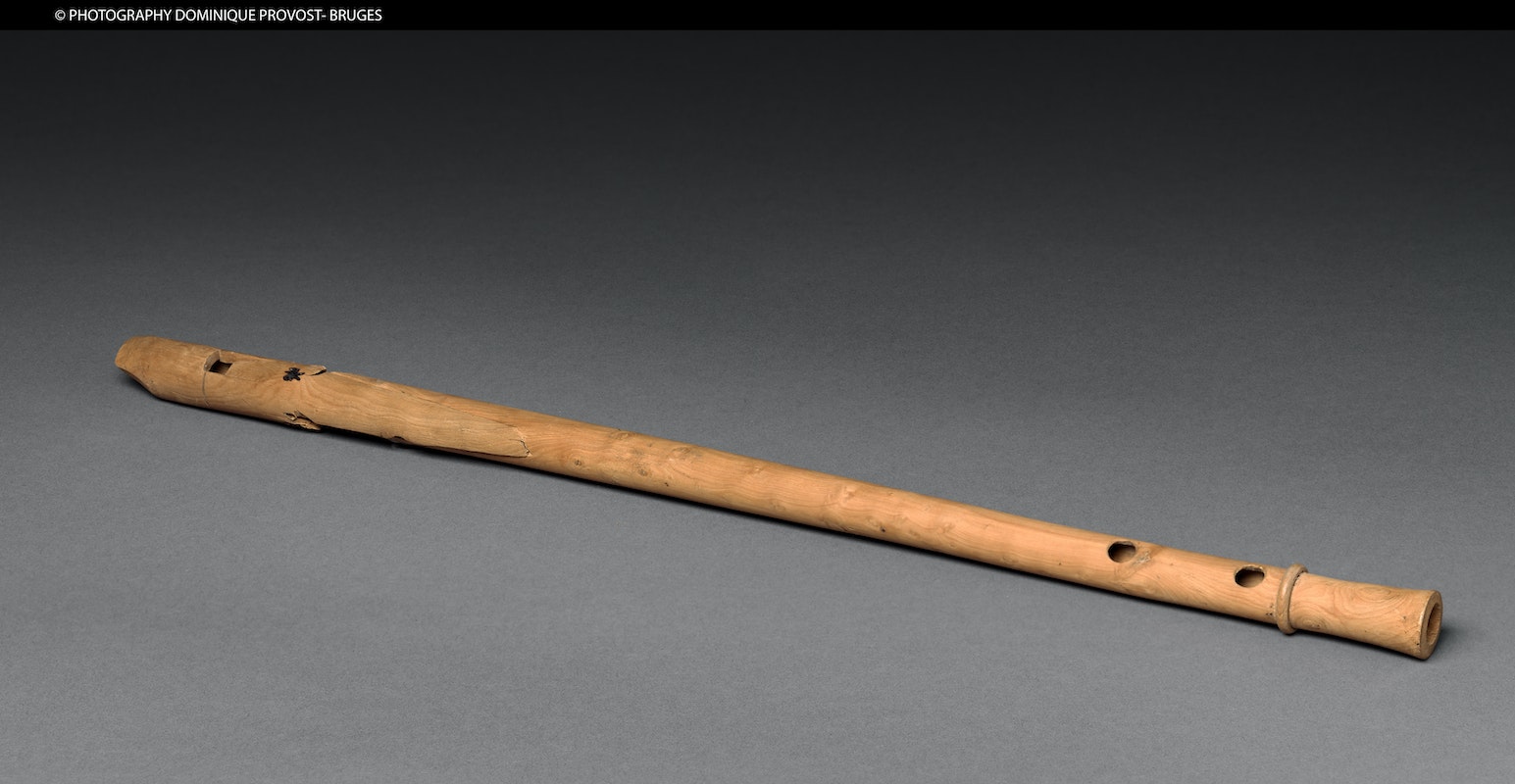 These sorts of three-hole pipes were highly popular in the late Middle Ages. Musicians used them in combination with a tabor or other instrument to get everyone dancing. In 1990, archaeologists discovered this pipe in a cesspit. It was intact apart from one small crack. There is an engraved trademark at the top which looks like a butterfly. It is longer than other unearthed pipes and that makes it fairly unique. The instrument has only three holes, but it could reach up to two octaves. After 1650, it disappeared in our part of the world. Why that happened remains a mystery.