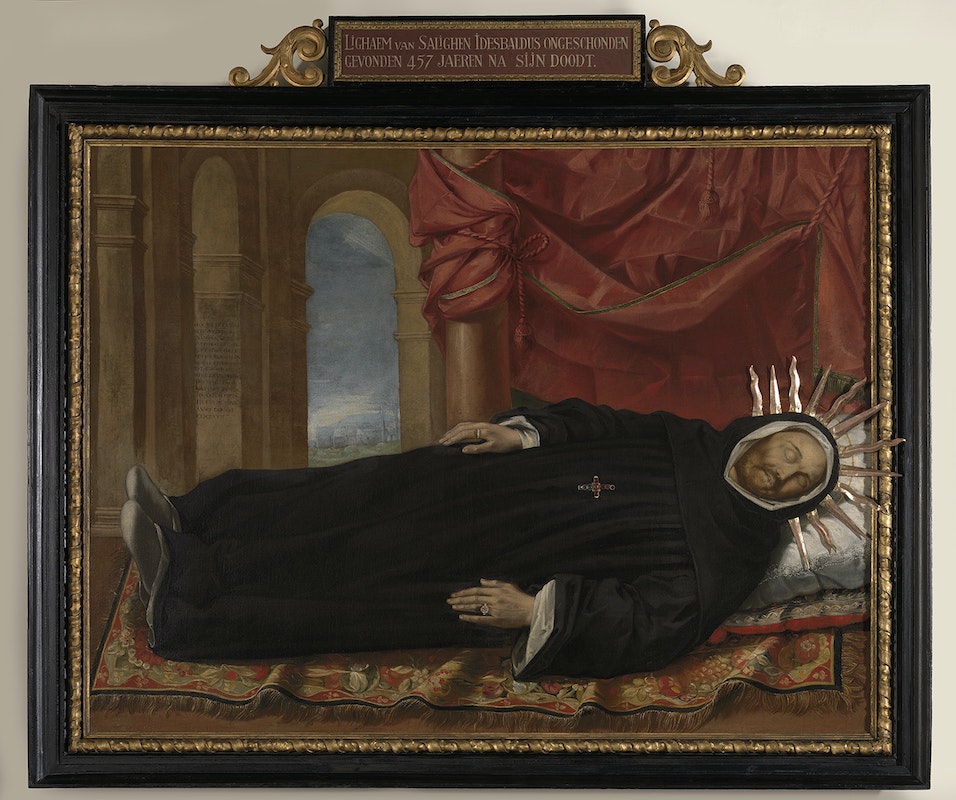 Idesbald Van der Gracht was abbot in the Duinenabdij in Koksijde in the 12th century. When his body was exhumed after his funeral, it appeared as if by miracle to be completely intact. His skeleton is still kept in an ornately furnished shrine in the church. Believers pray to him for help with rheumatic complaints and hope for a miraculous cure after their visit. He is celebrated on 18 April.