School in those days 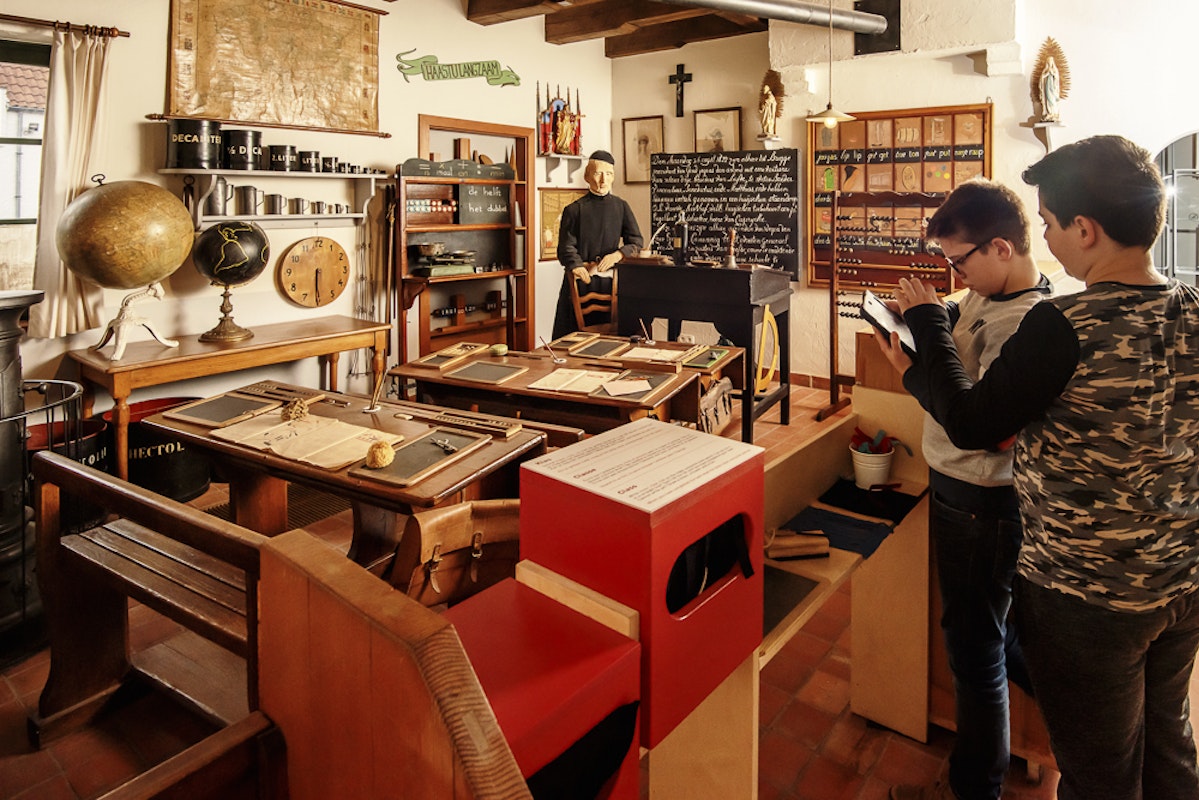 This is the classroom of the early 20th century, the time when schooling became mandatory and the City Council organised education for everyone. The schoolmaster at the front, the children seated at the wooden school desks with slate and chalk. Students could use the pen only for calligraphy. A stove with a long pipe heated the classroom. There’s hardly any free space on the walls. Royal Portraits are mandatory, flanked by wall plates, an abacus, and a reading board. Those who did their work well received a token of honour or a medal. Everyone was equal before the law. Or were they? Those who paid were given the warmest and lightest places in the dark classroom.