Archangel Michael fights the devils, Master of the Legend of Saint Ursula 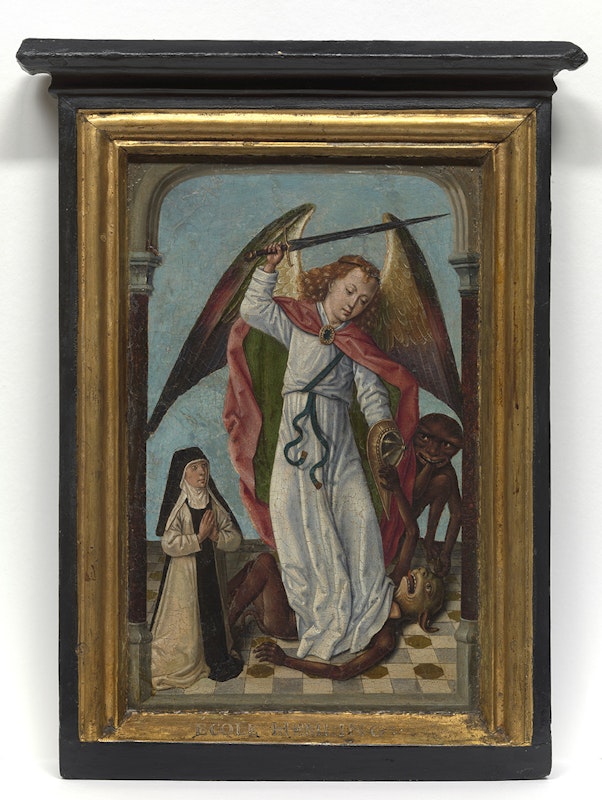 Saint Michael, one of the seven archangels, fights with two demons. He raises his sword above his head in a threatening manner and tramples on one of them. Unusually, he is not wearing a harness, but a liturgical robe. A nun is kneeling in the background. She probably gave the assignment for this painting.

For a long time the panel was ascribed to Hans Memling’s workshop, but research has shown that it was more probably the work of the Bruges Master of the Legend of Saint Ursula, who operated in Bruges at the end of the 15th century.
Close