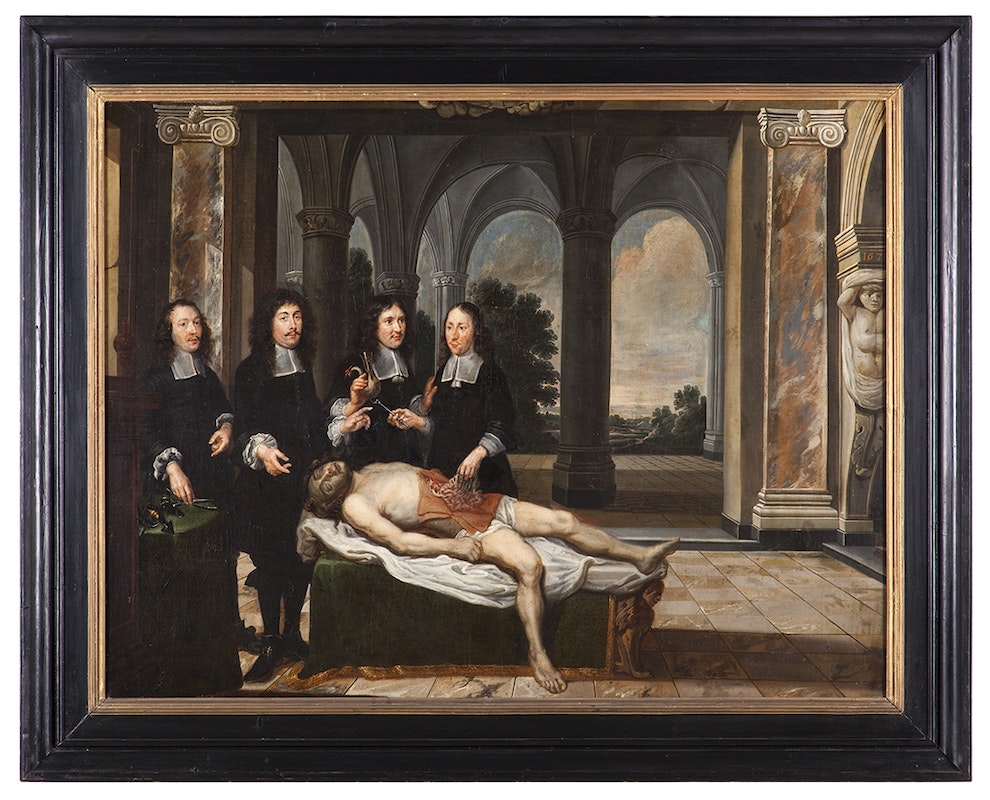 This painting from 1679 celebrates the first official anatomy lesson in Bruges. This took place in the now defunct Steen, Bruges prison, near the city hall. This meant that convicts who were hung at the Burg could soon be transferred to the ‘surgeon’s room’. Virtuous Christians could not be dissected, but dead villains could. The dubious honour of being the first dissected man went to Jan Nicolaie. The names of the doctors next to the corpse are also known; two of them worked in St John’s Hospital. The frame in which they stand is probably fictitious.