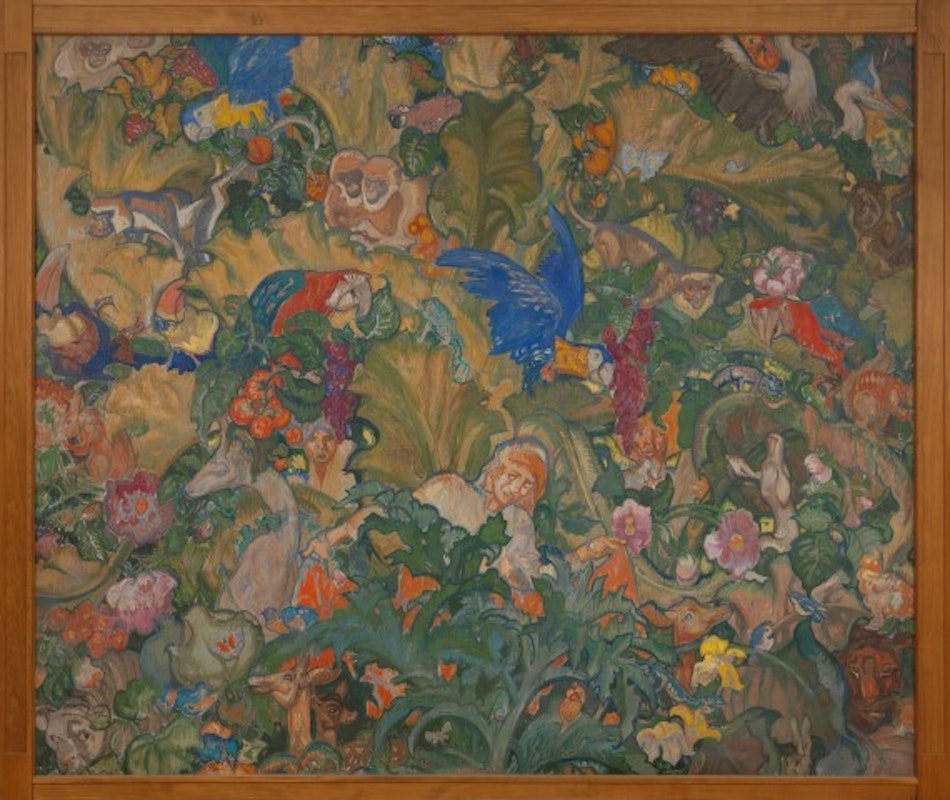 This canvas is almost 4x4m. It is one of the 16 British Empire Panels, which had been intended for the prestigious House of Lords in London. Brangwyn regarded this series as the highlight of his career. Sadly, they were rejected by the assessment committee, but that didn’t stop Brangwyn from completing the series. The canvases reflect how diverse the then British Empire was, from plants to animals and human beings. Several decorative elements intertwine. The colours are flamboyant, sunny, and cheerful.