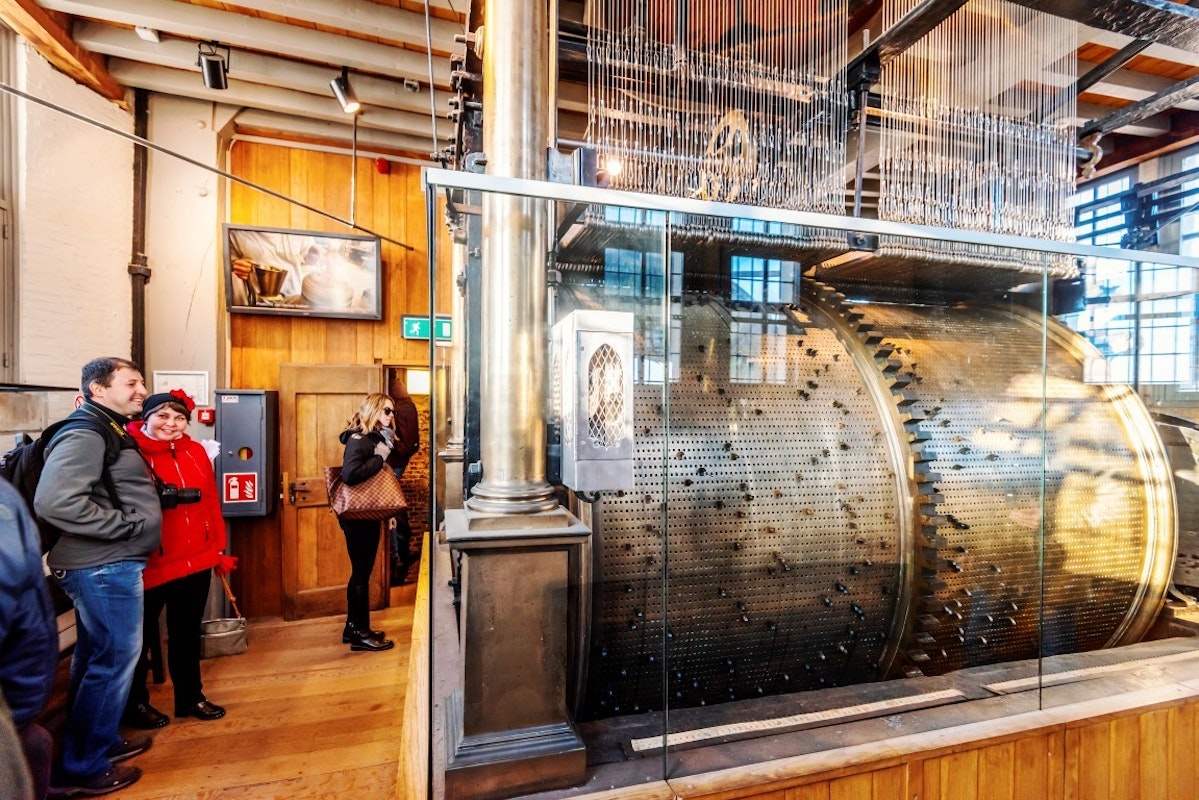 The addition of a clock to its tower gave the Belfry an important added function. Today, its chimes announce the passing of every quarter of an hour with a recognisable melody. The playing drum that makes this possible is a round cylinder fitted with pins, which is set in motion by the action of the clock. Via a series of levers and cables, each pin can raise a hammer that strikes the outside of one of the bells, so that a tune can be played. This ingenious system is still at the heart of the modern and automatically played carillon.

At some point - probably at the start of the 16th century - the tower's series of bells were linked to a keyboard. Even today, Bruges still has a city bell-ringer or 'carilloneur' who uses this keyboard to plays concerts from the tower a number of times each week.