Achilles among the Daughters of Lycomedes, Erasmus Quellinus II 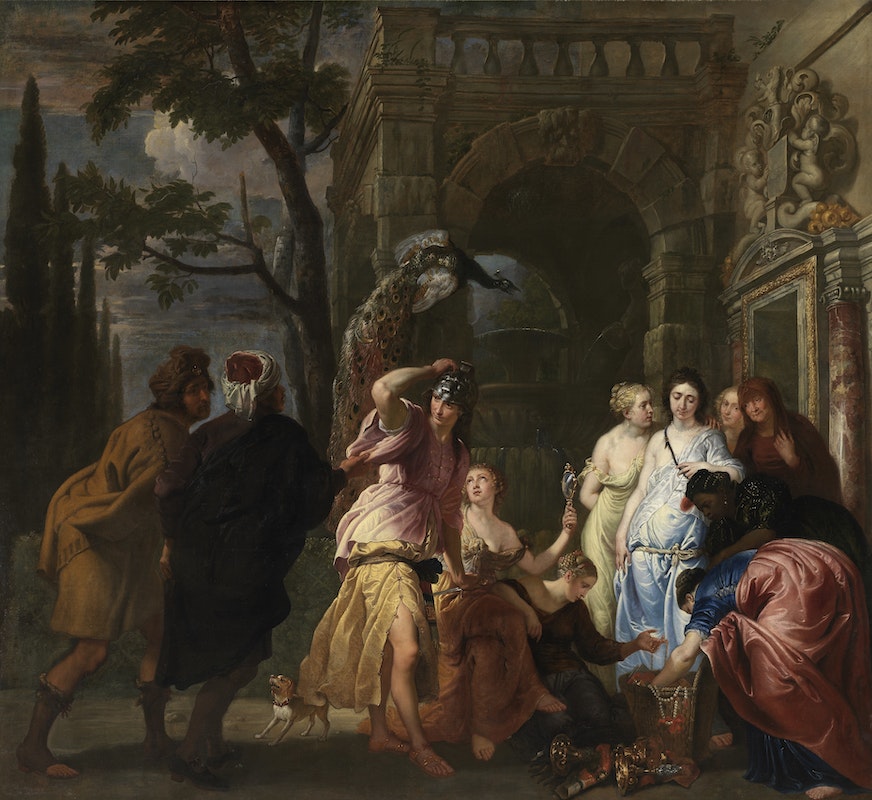 Deidamia, wife of Achilles, is wearing a striking light blue robe as she pours out her heart in distress. Achilles’ mother devised a scheme to protect him from his foretold death in the Trojan War. Achilles would dress himself as a woman amongst the daughters of Lycomedes. Odysseus and Diomedes entice him to reveal himself. They offer gifts, including weapons. Achilles grasped the weapons instinctively, thereby revealing his true identity. The sisters of Deidamia are dazzled and greedily snatch the jewels in the basket. Erasmus Quellinus II was an apprentice of Rubens, but he later developed his own individual and more classic style.